Average van insurance premiums have increased by 33.6% since April 2014

The UK’s population of van drivers under the age of 25 have seen their insurance premiums drop by 16.9% in the last year, according to market research business Consumer Intelligence.

However, the typical cost of an annual van insurance policy for this age group remains £2,762. 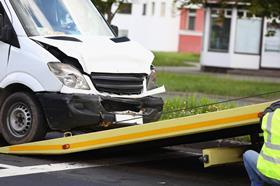 Meanwhile, the other two age demographics analysed by Consumer Intelligence – those aged between 25 and 49 and the over 50s, saw premiums rise 2.3% and 2% respectively over the same period.

This balances out the average market-wide cost of van insurance, which saw a modest fall of 0.6% to now stand at £985 a year.

Harriet Devonald, product manager at Consumer Intelligence, said: “Premiums have dropped significantly for the under 25s, despite a lack of any great telematics presence for younger van drivers.

“Whilst this is a good news story, this age bracket continues to pay the most – in fact over 3.5 times that of the average policy for 24 to 49-year-olds.”

These figures follow Consumer Intelligence’s last analysis of van insurance premiums in May 2021, which found that premiums had dropped by 2% year-on-year.

However, premiums for this line of business have now fallen by 8.2% from their September 2017 pricing peak.

Meanwhile, drivers using their vans for business continue to pay slightly higher premiums (£1,002) than those who use their vans as a car substitute (£936) under a social, domestic and pleasure (SDP) policy.

Business users also saw their van insurance premiums increase slightly by 0.7% over the last 12 months, whereas those who used their vans as a car substitute saw premiums drop by 4.5% over the same period.