A reform agenda was launched prior to the crisis

The new insurance steering group on pandemic response has been labelled a “cynical ploy and PR gimmick” by compliance firm Mactavish.

Bruce Hepburn, chief executive at Mactavish said the initiative draws attention away from the insurance industry’s failings unless the group can help more now.

Hepburn said that the sector has failed in its response to coronavirus and by the time this new steering group makes any recommendations, thousands of businesses will have gone bust.

He said this is because the steering group’s current membership consists solely of insurance professionals.

He added: “In terms of pandemics, SARS and MERS means the industry has had ’trial runs’ to learn from, but still failed to make itself sufficiently relevant to this crisis.”

Not a new problem

Mactavish said that the problems which have been laid bare during the crisis are not new.

A long-term focus on price over value of cover has led to considerable erosion of insurance contract quality, growing opacity around broker fee structures and an increasing one-size-fits-all approach to complex risks.

And he questioned whether this would really hold the industry to account and shine a proper light on its failings and make the radical recommendations for change that the sector needs, or will they simply pass the buck on to the government?

Why wasn’t this group formed to look at this risk after SARS, MERS and the other trial runs the world has had, Hepburn asked.

“This problem needs to be solved by a new generation of people with a different perspective on the role of insurance in society”.

The document states: “It is our contention that erosion of contract quality, opacity around broker fee structures and one-size-fits-all approaches to complex risks are having a detrimental impact on the value of insurance to the real economy and the reputation of the industry.

“Over the last thirty or forty years, the commercial insurance market has made a collective strategic error. By marketing insurance as a price-driven commodity it sowed the seeds of its current difficulties.

“A complex financial instrument capable of preserving or breaking a company’s balance sheet has been sold as if it were essentially interchangeable.

”All too often, policyholders only realise that this is not the case when they have a claim reduced or denied unexpectedly - causing real economic damage and further tarnishing the reputation of our industry.”

Read more…What are the insurance implications of repurposing properties in the fight against Covid-19? 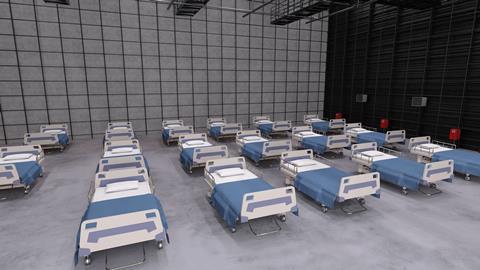