The trio were travelling at 50mph on the motorway when they performed and emergency stop, causing a crash

Three men have been jailed for carrying out a ‘crash for cash’ plan on a motorway slip road in Coventry.

On Friday, Mohammed Azam, 47, Husnain Ahmed, 22, and Sufyan Lone, 25, all from Birmingham, pleaded guilty to one count of conspiracy to commit fraud by false representation each and were then sentenced.

Azam was sentenced to 25 months imprisonment, Ahmed was given 25 months, and Lone received 20 months.

The City of London Police’s Insurance Fraud Enforcement Department (IFED) led on the investigation and were initially made aware of the trio’s fraudulent activity through a referral from Hastings Insurance.

Hastings had received a call from one of their customers who believed he was the victim of a ‘crash for cash’ plan. The customer provided Hastings Direct with his own dash-cam footage to substantiate his belief.

Detective constable Kevin Hughes, who the led the investigation for IFED, said: “These men were solely focused on making a financial gain and clearly didn’t care about endangering the innocent driver they targeted, as well as other drivers in the area.

“Despite driving at such a high speed, thankfully no-one was seriously injured and it resulted in was these men getting the punishment they rightly deserve.”

When IFED questioned Azam, who was driving, he stated that he’d been involved in a road rage incident with the car in front which caused him to suddenly stop. One of the men who got out of the car directly after the collision also claimed they had to brake because of a lorry travelling along the motorway.

In addition to the customer’s dash-cam footage, Hastings Direct received footage from a person who was driving behind the cars at the time of the incident. Their footage revealed there was no lorry or indications of road rage and also showed how they and another driver had to swerve out of the way to narrowly avoid the collision themselves.

Matt Stevens, director of counter fraud at Hastings, said: “We make significant investment in counter fraud operations to protect honest customers from criminal activity. The sentencing in this case sends out a strong message and we are delighted to work with the Insurance Fraud Enforcement Department and bring these fraudsters to justice”

After the collision, all three men put in personal injury claims for whiplash. In total, the fraudulent claims amounted to £28,161, which also comprised of car hire costs. However, in light of the dash-cam footage and the first-hand accounts of the customer and the other drivers behind, Hastings Direct rejected the claim. 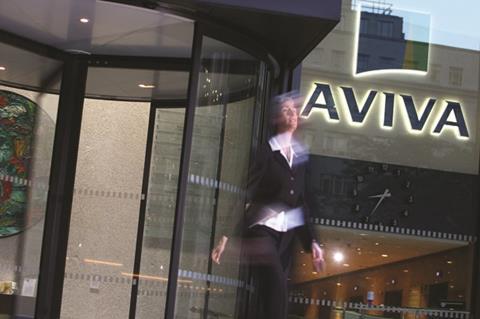