Trumpeted as key to the insurance industry’s future wellbeing, Solvency II has instead cast a shadow thanks to delays in its implementation. Will it ever come into force? Here we answer that question plus others on everyone’s lips 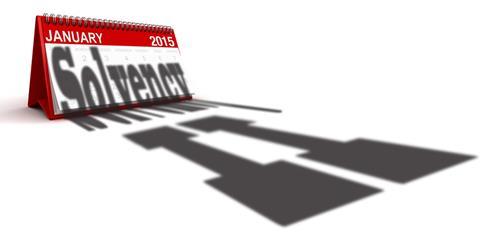 Solvency II (SII) has long been promoted by EU officials as the saviour of the insurance industry. They have argued that the legislation will harmonise the diverse insurance regulations of member nations and force firms to hold sufficient capital to stave off any prospect of bankruptcy.

Now, SII is synonymous with the word “delay”. British insurers, who have poured time and money into preparing IT and business models for the regulations, were dismayed last summer when it was confirmed that SII would not come into full effect until 2014.

With apparent deadlock in the European Parliament and a eurozone in crisis, there were fears that this would not be the last of the bad news. At the end of last month, it was reported that the rules would not be introduced until 2015, which, including a year for countries to implement SII, means 2016.

This has left the industry with at least 10 big questions, which Insurance Times and industry experts have tried to answer below.

1. Will SII ever see the light of day?
“Solvency II will definitely happen,” says the ABI’s SII policy adviser Jonathan de Beer. “The problem is not the delay, but the added uncertainty.”

The political will for major financial institutions, be they banks, insurers or even private equity firms, to become more economically stable, is perhaps the only unifying factor in the EU right now.

2. What caused the initial delay?
A change in the supervisory structure of financial institutions. The EU introduced three new bodies, with the European Insurance and Occupational Pensions Authority (Eiopa) overseeing insurance.

Unlike its predecessor body, the similarly acronymed Ceiops, Eiopa has the teeth to force national regulators, such as the Financial Services Authority, to follow its guidelines. This meant that vast chunks of SII had to be redrafted through what is called the Omnibus II directive.

3. What has happened to Omnibus II?
The European Parliament’s Economic & Monetary Affairs Committee (Econ) was supposed to vote on the directive in December. This has been delayed twice and the vote is now set for March.

In the past couple of years the Commission has significantly developed its thinking on SII, which the committee must thoroughly scrutinise before voting. “There are some very technical issues and parliament needed more time to look at them,” says the ABI’s SII assistant director Ulrich Zink.

4. Are any of the technical issues particularly exercising the British?
There is a number of what are known as volatility dampeners. SII involves highly sensitive modeling, meaning that changes in interest rates or equity prices can hugely distort the amount of capital needed to ensure that once-in-200 year risks can be absorbed.

The French, German and Spanish have their own worries, but British MEPs are worried about the matching premium for interest rate risks and the equity dampener for stock investments.

Essentially, these suggest that insurers must hold a number of non-volatile, but potentially less rewarding assets, such as government bonds, so that long-term liabilities can be met. If they don’t want to change their investment portfolios, such as reducing exposure to equities, they will have to hold more capital.

PricewaterhouseCoopers partner Paul Clarke says: “The matching premium, under current rules, would suggest an increase in capital costs. The equity dampener mechanism is exclusive to equities, yet any logical person would say that equities are not the only investment [class] which has this [volatility] – what about the property market?”

5. Is this, then, all a bit of a power struggle between member nations?
There is certainly a degree of national struggle. Just last week, Eiopa chairman Gabriel Bernardino wrote to European Commissioner Michel Barnier complaining that the continued delays would lead to “the development of national solutions”.

Tellingly, Bernardino also urged the Econ committee to hurry up and vote, which a Brussels source says “was unfortunate, as I thought we were all in this together”.

Eiopa was tacitly acknowledging that there the major power struggle is between the Econ committee, the Council of the European Union and the Commission itself. Econ must be unified in its position before confronting the other two institutions if the MEPs are to get what they want.

6. How will these institutions resolve this struggle?
Econ cannot afford to delay the vote any further, as final negotiations between the three bodies, known as the trialogue, must start by the summer to keep SII on the current timetable.

Skinner believes that a March vote would give just enough time for the trialogue to hammer out the final details of SII and put legislation before the full Parliament ahead of summer recess. Skinner says: “Getting the vote through on 21 March would give us eight weeks, maybe more, to put everything into legislative-speak and vote.”

7. Could the Econ vote be delayed again?
Possible, but unlikely. No written amendments can be made to the current proposals, so no new issues can be introduced to cause need for further scrutiny. Oral amendments can be made, but these are likely to be less fundamental challenges to the overall shape of SII.

However, if the vote slips again, this will mean that there is not enough time to finalise legislation, meaning that the slip to 2015 or 2016 would happen.

8. If the worst does happen and the vote is delayed for a third time, can anything else be done to save SII’s current timetable?
Yes, there are murmurs that SII could be tagged on to another piece of legislation as an amendment. Although quite common in the UK when there is a tight Parliamentary timetable, this would be anomaly in Brussels. It cannot be certain how the plan would play.

9. Has the eurozone crisis wrecked the SII timetable?
It’s certainly added to the delays, while some believe that, ultimately, the EU will come to the conclusion that SII can wait in the light of the more fundamental threat to the euro.

Herbert Smith partner Geoffrey Maddock, who specialises in the insurance industry at the law firm, says: “I could well understand that this is not a priority in light of the near-collapse of the eurozone, so politicians in the parliament would have been dealing with more immediate issues.

“There are other pieces of legislation that could have higher priority, given that, on the whole, insurance companies have dealt well with the financial uncertainties.”

10. Finally, what’s the cost of all this?
It’s too early to estimate the financial implications of all these delays, but what is clear is that insurers cannot crack on with new business plans. For example, they cannot even get approval for their internal models – their methods for calculating the amount of capital they will need to hold under SII – until the European institutions agree exactly which problems the legislation aims to tackle.

“How long can you have something like this hanging over your strategic direction?” asks Maddock. “This must be leading firms to suffer from strategic paralysis.”