The growth of surveillance to beat fraud

From car credit hire to workplace injury claims, the use of surveillance to catch fraudsters is at an all-time high. With improvements in technology, the role of video evidence will grow 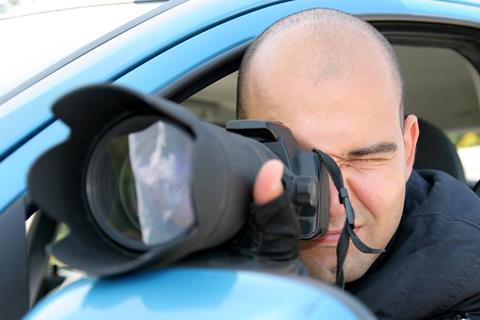 Adam Lee Roberts, 33, had no idea he was being secretly filmed as he carried out refurbishment work on a house. A hidden camera captured footage of him lifting a bath and other heavy items. In this way, insurers were able to prove that Roberts was falsely claiming compensation for a workplace injury.

The consequences for Roberts were unusually severe: he was found guilty of contempt of court and, in December, jailed for six months.

What is more, surveillance technology is becoming increasingly sophisticated and easy to obtain: a watch with a hidden high-definition spy camera can be bought for as little as £28 on Amazon.

Yet surveillance evidence is not without problems. So can insurers expect to see increasing convictions based on surveillance, or was Roberts’ case an exception?

A powerful tool
The Roberts v Airbus case shows how powerful surveillance footage can be. Roberts had claimed damages from insurer QBE after an accident while working for Airbus in its Flintshire factory in 2007. He had claimed it had left him severely disabled and QBE and Airbus faced a payout of up to £500,000.

You can put a small camera almost anywhere these days. You can park a car near a house and place an unmanned camera in the headrest’

QBE claims manager Rob Smith-Wright says: “Roberts exaggerated his injuries and surveillance was integral to proving that in court - a picture tells a thousand stories …. There is every chance surveillance will be considered in a wider range of insurance claims.”

However, surveillance evidence alone is rarely sufficient to win a legal case, warns Smith-Wright. A counter-claim is always possible. Roberts’ barrister, Craig Sephton QC, argued, although unsuccessfully, that the footage was not “indicative of Roberts’ capabilities generally”.

There are also limits to surveillance. For example, it is unlawful to coerce a subject into performing an action. But there are also activities insurers ask their investigators to avoid for public relations reasons.

One insurer’s fraud expert, who asked not to be named, says: “We have a brand to protect so we don’t want to do anything that would upset the public. This means that we would never film children, which frequently makes it difficult to film subjects in public places.”

Another downside is cost, Clayton says. “It’s expensive - you can’t follow a person 24 hours a day for three weeks.”

Growing use
Despite the drawbacks, special investigations company Global Options’ executive vice-president Bobby Gracey says the use of surveillance in legal cases is at an all-time high.

There are good reasons why. The first is that technology has improved hugely. Private investigation firm Robertson & Co managing director Ben Robertson says: “You can park a car near a house and place an unmanned camera in the headrest, or in a rural environment you could put the camera in a tree or in a crack in a rock.”

Another private investigator says using cameras in buttons or watches enable him to film inside public places, such as pubs.

At the same time, the recording quality has improved, with miniature high-definition cameras widely available. Global Options even offers a streaming service called Global Track, which sends footage straight to an insurer’s desktop.

With a dishonest claimant likely to be hobbling on crutches when visiting the doctor, operatives instead target the claimant at other times. Ford says: “If they say they can’t work, you go to their home during working hours to see whether they’re in. If you have information suggesting they’re playing football, you film them on their local club’s pitch.”

These leaps and gains in surveillance methods and technology are making it increasingly effective.

Ford says: “Because of better technology and increased targeting, we’re getting better results.”

Consequently, the role of surveillance in securing strong convictions for insurance fraud, as in the case of Roberts v Airbus, can only grow.

● Will insurers step up their use of surveillance in the hope of securing more convictions and weeding out fraudulent claims?
● Will technology make it easier and cheaper for insurers to use video evidence in court, and will judges begin to accept surveillance as solid evidence?
● Will fraudsters attempt to use smarter techniques to avoid detection?

Q: How have insurers helped make surveillance more powerful?
A: Over the past 10 years, insurers have tightened up their justifications for using surveillance. This means we get decent cases, where fraud is highly likely, and so have a higher success rate. Less time is wasted.

Q: What role is social media playing?
A: Facebook and YouTube can save a huge amount of work by showing what the subject looks like, what their hobbies are and, often, even what vehicle they drive. If you find a video on YouTube of the person skiing, that’s stronger than anything you would normally get through surveillance.

Q: Can surveillance be used in other claims types?
A: It can play a crucial role in credit hire claims. If a credit hire company purports to be supplying a vehicle - which for a luxury car claim could be worth £600 a day - surveillance can prove what means of transport the claimant was in fact using.

Surveillance can also be used on the HR side. We had a large corporate insurer whose client was claiming for theft by employees. We were able to prove that staff were indeed stealing stock, where from and even where they were selling it.

Q: Can some types of fraud only be proved through surveillance?
A: Complex regional pain syndrome is recognised as a source of genuine, chronic pain generated psychologically. The doctor can’t find a tissue injury in these cases, so the only way to prove if such injuries are really there is by surveillance.