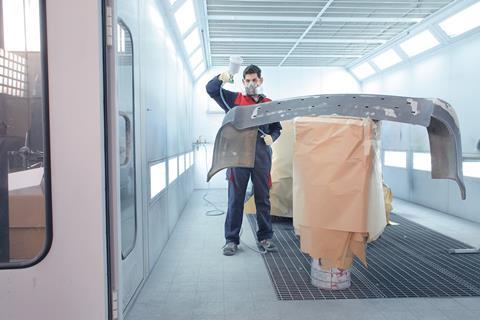 The cost of paint used in motor accident repairs has increased by two-thirds over the past eight years, more than twice the rate of inflation, figures obtained by Insurance Times reveal.

According to data collected by estimating system provider Audatex, the cost of paint used in motor repair jobs has increased by 66.2% over the past eight years, from £148 in 2003 to £246 in the first half of 2011.

This increase, which is outlined in an Insurance Times investigation into the industry’s subrogation repair arrangements, was more than twice the rate of inflation which has risen by 29.8% over the same period.

It also vastly outstrips increases in the cost of labour and parts, which have increased by 22.3% and 19% respectively over the last eight years.

Ex-justice secretary Jack Straw linked the increase in the cost of paint to the product mandating arrangements between paint manufacturers and insurers, under which the latter insist that their approved repairers will use a particular brand in return for a rebate.

However, Straw has raised concerns that insurers are not passing the rebates to the third party insurers they were dealing with under subrogation arrangements.