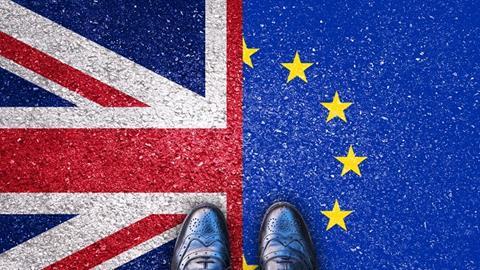 The UK’s exit from the European Union could affect £8.9bn of premium written in the London market outside Lloyd’s, the International Underwriting Association (IUA) has estimated.

In its latest statistics report the trade body, which represents underwriters in the non-Lloyd’s London company market, said that Brexit will affect two areas: company branches passporting into the UK from Europe to write the global business that comes into the London company market, and UK-regulated London market firms passporting out of the UK to write European business.

The IUA said £7.38bn of the premium that could face a Brexit hit is written by branches of Europe-based firms passporting into the UK, while a further £1.55bn comes from London market companies passporting out into Europe.

Passporting allows companies regulated in one European Economic Area country to write business across the whole zone without needing additional licences. It is widely expected to be lost when the UK leaves the European Union.

IUA chief executive Dave Matcham said: “One of the most important outstanding Brexit questions for the London company market concerns the status of operations currently conducting business in the city as branches of either a continental European parent company or of a European subsidiary and with a parent elsewhere.

“These are popular business models and, without any transitional arrangements or a new trading agreement, their status must change.”

He added: “At the same time there is a significant amount of European premium currently underwritten by subsidiaries and UK domiciled firms under the EU’s financial services passport regime. Our survey clearly demonstrates the interconnected and mutually supportive nature of insurance business across the UK and other EU member states.”

The overall London insurance market is made up of two parts: Lloyd’s and the London company market, which is non-Lloyd’s companies based in London to write the international business that comes to the city.

The premium income for Lloyd’s and the London company market combined was £52.6bn in 2016, the IUA said.