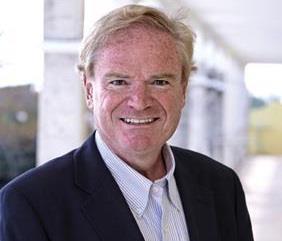 Haverford’s purchase of 25% of Lloyd’s insurer Omega has been thrown into turmoil amid a dispute over contract terms and shareholder anger at Haverford’s pursuit of a lower offer.

Under Haverford’s original offer, approved by Omega’s board and the FSA, the Bermudian investment firm would pay up to 83p a share for 60.2m Omega shares. The actual price paid is determined by the value of the tenders.

With the deadline for tenders on 30 November, the deal was almost three times oversubscribed. Had the deal been declared unconditional, shareholders would have received the maximum of 83p a share.

But certain conditions were not fulfilled, including the receipt of approval from US regulators.

Omega says that the offer can still be declared unconditional if approval is received within 21 days of the deadline. But Haverford disagrees, and argues the offer has lapsed.

Haverford said Omega had suffered a “significant and unexpected deterioration” in its financial position, and the further information Haverford had requested suggested that its envisaged post-acquisition strategy for Omega may require “significant amendment”.

Haverford has also proposed a new, fixed-price offer of 74p a share, although it has yet to submit a formal offer document to Omega.

Omega shareholders - initially angry at Invesco Perpetual, which has the largest holding, for approving a deal with a variable price - have turned their ire on Haverford chairman Mark Byrne for trying to rewrite what looked like a done deal.

Some observers report incredulity at Byrne’s surprise over Omega’s worsening losses, given that some of its peers in Lloyd’s and Bermuda have suffered similar catastrophe loss deterioration. Catlin, for example, saw its catastrophe bill jump 25% to $670m at the third quarter.

Critics say Byrne, co-founder and former executive chairman of Bermuda-based catastrophe reinsurer Flagstone Re, should not be surprised by catastrophe loss deterioration.

Also, there is a ‘material adverse change’ clause in the offer document to protect Haverford against deterioration in Omega’s results. Omega says that despite Haverford’s complaints about its target’s performance, it has not yet indicated whether this clause has been triggered.

But Haverford has indicated that if all the conditions of the original offer are fulfilled or waived, it will seek common ground with Omega.

Who is Mark Byrne?

The son of Jack Byrne, founder of Bermudian insurance group White Mountains, he is also co-founder and former executive chairman of Bermudian reinsurer Flagstone Re. Mark Byrne set up Haverford in 1993, which is both an investment firm and a (re)insurance company in its own right. He has also set up another Bermuda-based investment vehicle, West End Capital Management, and has sat on the boards of White Mountains, Markel and Terra Nova (which Markel bought in 2000).

What will he gain from the Omega transaction?

In addition to getting a 25% stake in what was until recently a highly profitable (re)insurance operation, Byrne will also become Omega’s executive chairman, which will bring him an annual salary of £400,000. On top of this, he will get a pension allowance of 15% of salary and other fees, plus a target bonus of 150% of salary - though the payment of this bonus is based on performance.