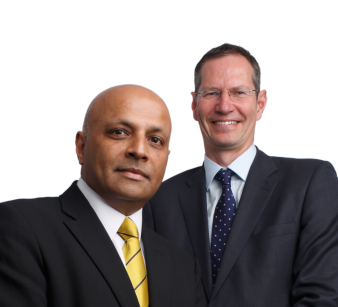 Ashwin Mistry and Ian Stutz understand the pressure on regional brokers at the moment. Respectively chairman and managing director of Brokerbility, a support group of 34 large regional brokers that control around £500m in premium, the pair are certain about one thing: the old ways are now not good enough, and brokers need to adapt to survive.

“Brokers have had to change from being good providers of advice to bloody good businesses,” Mistry says. “From the high streets to the multinationals, now you need to be skilled in a new and emerging market in terms of risk.”

Stutz agrees. “There are huge pressures on community brokers in terms of businesses that are beginning to specialise down at the bottom end of their operations,” he says. “The idea that a community broker can be all things to all men, and carry on giving a vanilla service in every part, is not going to wash.”

Sitting in Brokerbility’s boardroom in Leicester (“the centre of the universe,” Mistry quips) the duo are here to talk about what brokers need to do to stand out, how Brokerbility will evolve and the troubles facing broker networks.

Mistry is a fast thinker and a fast talker, making his points forcefully and at machine-gun speed. By contrast, Stutz is more measured but just as insightful. Both clearly think along similar lines, leading them to pick up each others’ points with ease.

The face of insurance is changing, they believe, and brokers need to be ready. Stutz lists poor succession planning, lack of good young blood, and increased pressure from internet-savvy start-ups as examples of threats to traditional brokers.

Mistry adds increasing regulation and legislation to the list, but both men emphasise that the answers lie in acknowledging the problems early and being prepared.

“One of the key themes of Brokerbility is making sure our brokers are aware of what is coming,” Mistry says. “Between us, we are getting fit for purpose for opportunities that are there.”

One opportunity, Mistry says, comes from the recent management changes taking place at several insurers and larger brokers. He believes these changes have made them take their eyes off trading, which could give an advantage to canny brokers looking to pick up clients. Though no one phrases that quite like Ashwin.

“Get a sledgehammer and smash it on your toe, and the attention goes to the immediate impact,” he says. “In the business environment, I see lots of turmoil … changing heads of organisations, changing strategy, changing access to capital, changing investors, regulation, positioning, it goes on.

“Customers and businesses don’t really give a monkey’s about what’s going on in the hierarchy of boardrooms, they are more interested in trading.”

In this rapidly changing and challenging world, there is one area where Mistry and Stutz believe huge upheaval is on the horizon: networks. Of course, with the duo running what is essentially a rival to networks, there’s always going to be a bit of needling against competitors. Nevertheless, they pull no punches in their frank assessments.

They believe that some networks are too big, have become complacent and are in real trouble if they think they can just sit back and rely on their huge membership as leverage to negotiate deals with insurers.

Mistry thinks that many insurers are already questioning whether they need broker networks, saying: “If you continuously provide a loss without explanation, if you continue to grow without direction and there is no concrete placement or directional strategy, I think insurers … will say enough is enough - it’s time to pull up the drawbridge.”

Stutz adds: “I think there are networks out there that have sold themselves a bit down the river because they have been desperate to get the numbers up. In a way they are turning into the next generation of consolidators, and look where they are.”

So where will that leave networks? Stutz thinks sheer size will not be enough to sustain the deals they get from insurers, and that they may need to change tack and make more money from additional services, such as helping brokers with compliance.

He also thinks that consolidation, mooted by some as a solution to the problem of insurers distancing themselves from networks, is not an option.

“Networks can’t consolidate because they will be doomed to failure,” he says. “They will be in exactly the same space as a consolidator: a very large group of brokers demanding, presumably, the very best deal they can get out of insurers, and insurers saying ‘show me the value’. My personal feeling is that some networks will fall by the wayside.”

Both men are clear that Brokerbility brokers will survive through bringing in new talent, improving performance, focusing more on marketing and sharing their knowledge. Demonstrating organic growth and acquisitions is also key, and Stutz is militant on this point.

“We can demonstrate, very clearly, in a set of numbers, that Brokerbility brokers are growing, both organically and through acquisition. To me, that’s the only measure that counts. Maybe the consolidators can show organic growth, but their figures don’t suggest they do. Brokerbility doesn’t need more brokers, it just needs its current brokers to keep being successful.”

What of the future of Brokerbility itself? Mistry says flotation is still on the cards, but not in the next three to five years. He also has plans to break into the healthcare market on the continent through the trading division of Brokerbility Holdings.

“I would love to get something off the ground in the next 12 months,” he says. “It’s purely a speculative stab [but] if it can be done we will share that with the group.”

Brokers may have a tough time ahead, but Mistry and Stutz are confident that there is a way out of the mire - at least for Brokerbility and its members.