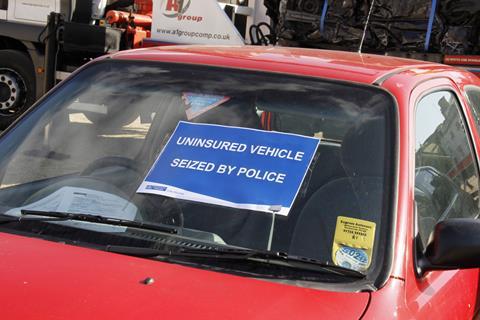 The average fine imposed by courts on people caught driving without insurance is £200, according to new figures.

Justice minister Crispin Blunt revealed the figures in response to a written question by Lincoln MP Karl McCartney. The lowest average figure was in Durham (£150).

Responding to the figures, AA Insurance director Simon Douglas said: “I certainly think that the UK is far too soft on hard-core uninsured drivers and most people will consider a fine of £200 is an insult.”

“Although there is a fixed penalty of £200 and six penalty points for driving without insurance, the police will prosecute for serious offences – yet the fines imposed by the courts are often less than that.  It is hardly a disincentive, given that typical cost of insurance for someone aged between 17 and 22 is around £2,500.”