Paul Jardine, chief experience officer; Doug Howat, chief executive, global lines (insurance); and Paul Brand, chairman of XL Catlin’s innovation and insurtech programme, Accelerate, have all been named as personnel leaving the group either before, or shortly after the close of the transaction.

They are all expected to leave the business as it transitions from a standalone public company to a new entity of AXA Group.

XL Group chief executive Mike McGavick, and XL president of P&C Greg Hendrick thanked [Howat] and [Brand], saying: “Their dedication was critical in creating XL Catlin and in making it a success. We wish them well for their future endeavors.

“We also want to take this opportunity to thank Susan, Kirstin, Paul [Jardine] and Eileen for their many contributions. They have each played a unique role across the Company and we look forward to celebrating their careers at XL Catlin in the months ahead. And, in the meantime, each of them has critical roles to play and we thank them for their dedication,” they added.

AXA is acquiring XL Group for $15.3bn in cash. The deal, which was announced on March 5, 2018, will create the largest global P&C commercial lines insurance platform and is expected to close later this year.

In the insurance division, Neil Robertson and Jason Harris will each take on new roles as chief executives for global specialty and global P&C, respectively.

Although Doug Howat has decided to leave the company, Joe Tocco will remain as chief executive for North America insurance, reporting to Harris. These changes will be effective July 1.

Kelly Lyles will continue in her current role as chief executive for client and country management and will add communications and marketing to her remit, after the departure of Paul Jardine.

Reinsurance and Underwriting Capital Management, including Ceded Re and Alternative Capital, will continue to be led will Charles Cooper and Mark Van Zanden, respectively.

In an SEC filing outlining these changes, McGavick, and Hendrick said they intend to create a “more connected data and analytics group”, including some of its innovation efforts led by Paul Shedden, currently chief executive insurance pricing & analytics.

Sean McGovern, currently XL Catlin’s chief compliance officer and head of regulatory and government affairs, is expected to add to his current responsibility leadership for claims and legal after the departure of Jardine and Gould.

Nikki Gonzalez will lead human resources after the departure of Whelley.

Myron Hendry will continue in his role as chief platform officer until close and will continue to lead the integration from the XL Catlin side for a period of time following the closing.

Adi Spieler will continue in his current role as chief platform officer for insurance until close and is expected to take a new role within AXA Group.

As part of the integration, XL will be leaning on some of the core capabilities at AXA.

Matthieu Caillat, currently CEO of AXA CS France and deputy global CUO of AXA CS, has been asked to be responsible for preparing the outline of a future COO function, partnering with Hendry and Spieler.

Noel Richardson, currently group head of life, savings and health insurance and risk management at AXA, will be responsible for designing the outline of the future risk management function, partnering with Fid Norton and supporting a smooth integration of XL within AXA’s broader risk management standards.

Brown, CEO of AXA CS, will support XL in the integration planning as senior advisor, while continuing to report to Palici-Chehab.

Black, currently head of HR for AXA CS, reporting to Rob Brown, will take on the additional responsibility of HRD supporting the integration for AXA, reporting to Karima Silvent, AXA Group head of HR.

AXA-XL: Why such a negative reaction? 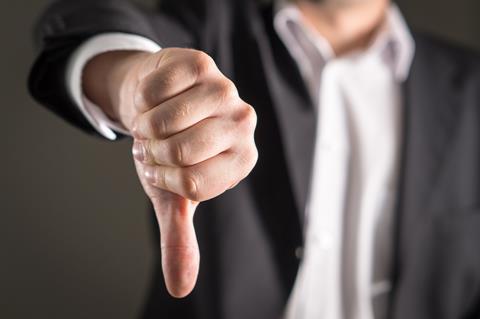