‘Beast from the East’ causes surprising upsurge in 4x4 accidents

If you thought you were a lower insurance risk driving a 4x4 in the snow, think again

The ‘Beast from the East’ led to a surge in accidents involving 4x4 vehicles last week.

Analysis by the Accident Exchange also suggests that because of a 4x4’s superior braking system, it has the edge in heavy snow and adverse weather conditions, making it a ‘sitting duck’ as other road users struggle to keep control.

The research backs this up, with the amount of 4x4 accidents, which wasn’t their fault, surging by over a third (37%).

Of these accidents, over 40% of them saw the 4x4 being hit from behind.

Scott Hamilton-Cooper, director of Sales & Operations at Accident Exchange, said: “It might be surprising to some, but the analysis demonstrates that 4x4 drivers shouldn’t develop a false sense of security.

“The data suggest that in the worst conditions they are more likely to be hit by other drivers.

“Having an accident can be an extremely stressful time. It’s vital to have vehicles available to cover all eventualities, including freak events like last week’s storm.”

The average repair cost of a 4x4 is around £3,100, according to latest figures by the Accident Exchange.

Earlier this week, AA revealed that an estimated £35m in motor claims was expected from the combined impact of Storm Emma and the ‘Beast from the East’. 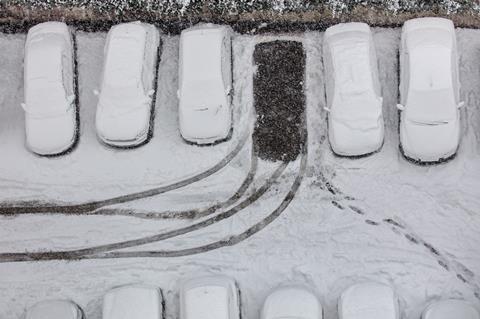