As a survey reveals almost half of young people feel the black box is unfair, Axon Telematics chief executive Domenico Mariconda says it will be gone in three years

New technology could herald the end of the black box within three years according to one expert, as a survey reveals almost half of young people feel the system is ‘unfair’.

Of 1,000 young drivers surveyed between the ages of 17-24, 45% said they felt unhappy at having to rely on the black box to reduce insurance costs, particularly as many come with restrictions like driving curfews.

The research from insurance comparison site Quote Goat found that 73% of young drivers still chose to insure their vehicle with a black box, where 77% saved up to £200 on their annual premium, and 14% saved double that amount.

Axon Telematics have responded to the problem by creating a dongle which interfaces with a smartphone to report driving data. It is one of many solutions that has been imagined to bring telematics forward, without the need of attaching a device to the vehicle.

Axon chief executive Domenico Mariconda says much of the problem is that the for too long innovation around the black box has been too focussed on reducing the cost of the hardware and installation, and that new technology for reporting driving data is needed that doesn’t feel so intrusive.

He said: “The black box hasn’t really evolved in terms of the functionality, so if you look at the key components of the hardware there are so many solutions out there. But the only evolution has been in cutting the costs of the technology.

“As a result of that some of the complaints being referred to is when you start to cut corners and compete with a transactional model. In principle your device starts to become less and less reliable because the quality can deteriorate – it shouldn’t but it does.”

The are several smartphone and app-based alternatives currently on the market, and Mariconda predicted that such developments would in the next few years lead to the demise of the black box among major insurers.

He added: “It’s very difficult to make an accurate prediction as to how much longer the black box as got left. There are two trends – one is driven by the car makers. 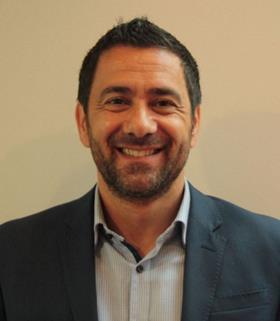 “We have already seen there is lots of technology being put into cars and there are a lot of sensors in these brand new cars, so there is a window of opportunity that in the next five to eight years all new cars will have a device or something similar to the black box, so at that point using the data coming from those multiple users becomes the key.

“The second trend is off-the-market solutions like those that are smartphone-based or the dongle. I think that in the next three years the technology will really catch up. They have just launched the new technology that makes the smartphone very sensitive in areas where historically the GPS signal has been quite weak.

“The release of products this year is such that even just the GPS on a smartphone is good enough quality. There is probably a three-year short cycle where off-the-market solutions will start to replace the black box.”