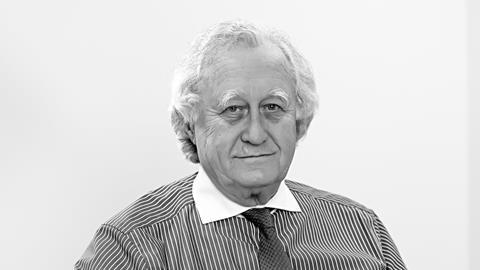 Venture capital firm BP Marsh has entered a period of consolidation after an active six months of buying business to expand its geographic footprint, according to chairman Brian Marsh.

The company, which focuses on buying minority stakes in start-up and early stage insurance intermediary businesses globally, has expanded in the US in recent months. It bought a 35% stake New York-based specialty lines distribution firm XPT for $6m (£4.5m) in June. It followed up by buying a 30% stake in US broker Mark Edward Partners and loaning the company $2m.

The company also bought a 35% stake in Lloyd’s broker CBC in February this year.

Speaking to Insurance Times following the release of BP Marsh’s first half results yesterday, Marsh said: “At the moment we need to develop what we’ve got an not necessarily focus, like we did six months ago, on widening our geographical base, which we have now done.

“We are in a period of consolidation for the next six months. We might make one of two new investments.”

Marsh said his firm’s return to the US market, where it has held stakes in the past, was driven in part by Brexit. He said: “We are familiar with how to do it in the States. It is a very big market. It is 50% of the world market. We felt following Brexit that we must push to have more investments overseas and the US is the obvious top choice.”

Marsh’s comments come as BP Marsh’s profit more than doubled in the six months to 31 July 2017.

Profit after tax jumped to £10.2m from £4m thanks to the disposal of its stakes in Lloyd’s insurer Besso and Trireme Insurance Group, which brought in net proceeds of £32m.

The company has uncommitted cash of £8.6m which is available for investment.

On how BP Marsh will use these funds, Marsh said: “We would feel obliged to respond positively to any of our investee companies that require additional funds. That is a given.

“We are processing possible new investments all the time and every now and then one crops up that looks like we are going to have to fork out and do it.”

He added: “We think the prospects are very good and we are aiming to do our best to continue to progress on the basis that we have progressed. We see no reason why we should not manage to do so.”