The Civil Liability Bill’s journey through the House of Commons has been postponed until after the summer recess.

MPs break for their summer recess on 20 July and do not return again until 5 September.

It is believed that for a piece of legislation to be implemented by April 2019, which the Civil Liability Bill is aiming for, then it needs to have completed its journey through parliament by October 2018.

This gives MPs just one month to complete the second reading, the committee stage, the report stage and final reading.

And for a bill which has proved to be so divisive and contentious, this could prove to be too little time.

Lawyers to use the extra time

Andrew Twambley, spokesperson for access to Justice (A2J), which is campaigning against the reforms. said: “Given these reforms were first announced in November 2015, we have faced nearly three years of uncertainty.

”What is also becoming clear is that implementing a new online claims process for litigants in person is hugely complex, especially for cases where liability is denied,  and may eventually cost more than the savings the reforms are meant to achieve.

”Proponents of reform are so fixated on removing lawyers from doing their job, that they have failed to foresee the problems that will be created for injured claimants if these reforms ever see the light of day.”

“We hope to use these next few months to point out to ministers that there are better ways - such as the recommendations in the Justice Select Committee whiplash report - to strike the right balance between reducing frivolous claims and making sure injured people continue to have protection.”

Rob Townend, managing director, Aviva UK General Insurance said: “The progress of the Civil Liability Bill through the House of Lords is good news for motorists fed up with paying for a broken injury compensation system.

”Although the legislation was rigorously debated in the Lords, the fundamental principles in the bill have remained because they are sound and pro-consumer – a position which we hope the Commons will support. As the first insurer to call for these whiplash reforms, we believe these measures will sustainably cut the cost of motor insurance for honest customers.

“It’s not surprising that Parliament couldn’t find a slot to debate the bill in the House of Commons before recess.

“But there is still work to do: consumers still face the worst effects of the UK’s compensation culture – last month Aviva reported that it detected £59m in motor injury fraud in 2017, while last year consumers were bombarded with 900m calls and texts chasing a personal injury claim or insurance issue.

”The reforms will bring an end to this era of crash for cash, hang up on nuisance calls and will remove the easy money that lures fraudsters and ‘have-a-go’ opportunists. These are significant benefits for our customers and, like 90% of UK insurers, we pledge that we will pass on 100% of the savings from the reforms.” 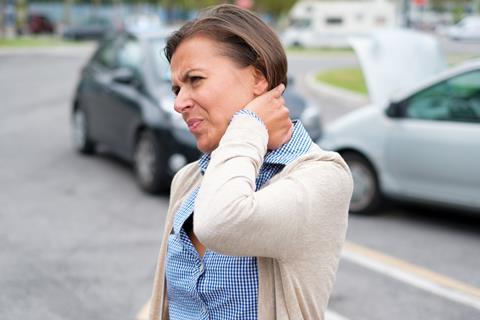