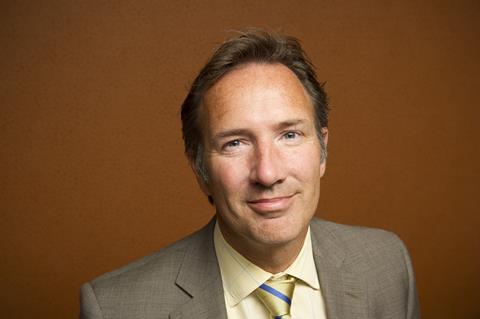 The Co-operative is an organisation with a proud history rooted in the Industrial Revolution and, all being well, will celebrate its 150th anniversary
in 2013.

But from the window of his office in Manchester’s unlovely CIS Tower, until recently the tallest building in the north of England, Co-operative Banking Group director of general insurance David Neave has a grandstand view of the venerable mutual’s future. From there he can watch the Co-op’s new headquarters taking shape. Neave himself is doing his bit to chart a new future for the organisation.

Earlier this year, the Co-op joined the first wave of insurers to re-embrace telematics following Aviva’s abortive experiment with the pay-how-you-drive technology in the late Noughties. “When we looked at the market, we were conscious that the performance of young drivers in terms of their accident record was appalling and that something needed to be done about it: telematics offered the opportunity to try to change driving behaviour,” says Neave.

Paying your customers back

But the Co-op went one step beyond its competitors by offering cash back to those rated by the technology as safe drivers. The Co-op has had to honour its pledge, handing money back to 88% of customers who have taken out its Young Drivers telematics-based insurance product for 17 to 25-year-olds. The discounts, which averaged £102, equalled 8.5% of the average premium paid by customers for the product.

While the pay out has been hefty, Neave is confident that the initiative will bear out its belief in it.

He says: “At the moment, we are in line with our business plan and we’re really pleased with the level of response from younger drivers and broader stakeholders like government and the media. We are also pleased that the driving performance of the drivers who had bought into it is better than the projections that we had built into our pricing models.”

Sceptics might suggest that those who have signed up for the telematics technology are a self-selecting sample. But Neave can point to the data collected via the Co-op’s black boxes, which shows that 78% of Young Drivers customers consistently drive within the speed limit. “It will be a few years until claims have come through, but if the driving behaviour is better than anticipated, we are hopeful,” he says.

But, for Neave, the objective of the exercise is about quality rather than quantity of customers. “We’re not looking to seize 25% of the market. We’re looking to grow a book of business over time and learn as we grow,” he says.

“We are not looking to write more than a single-digit market share in this [young driver] segment. Our overall market share for motor is 4% and if we did more, we would be more than happy with that, but it’s a question of writing the right calibre of business.”

The flipside to the discounts has been the Co-op’s willingness to cancel the policies of those who break the speed limit. Neave, who is also chair of the Insurance Fraud Bureau, says: “We have a red card system and a handful of customers we have had to say goodbye to. That’s part of the product: we are not going to subsidise that type of behaviour.”

But, given the notoriously fickle nature of the motor market, how confident is Neave that the Co-op will be able to retain its customers’ loyalty? Unsurprisingly perhaps, given that he has been sending them cheques, Neave reports good feedback from Young Driver customers. But, as he acknowledges, the acid test will be April when the first set of policies come up for renewal.

“Undoubtedly that will be a significant time for us,” he says. “The box is an upfront cost so we will want to keep the customer: the longer we do, the more the cost of that box falls.

“We think this is a market that will grow and we think that the experience we are gaining now in terms of telematics and pay-how-you-drive will serve us over the long term.”

That last comment is a reminder that as the UK’s biggest mutually owned organisation, the Co-op plays by slightly different rules to its motor market competitors.

“Part of being a mutual is that we think in greater time spans than a lot of our competitors, who are under stock market pressures. As a business we play for the long term. We do things that are right, not just right for the stock market.”

Telematics ticked both boxes, he says. “It appealed to the organisation and it brought together a set of business principles and a set of ethical principles that underpinned our business. It was something that was right for society and at the same time we could launch a product that hopefully is going to be profitable and sustainable,” he says.

But doesn’t having an ethical remit mean that the Co-op is fighting with one hand behind its back? The results would suggest otherwise: Co-op Insurance’s profits were up 48.5% to £31.1m last year. This increased profit was on a gross written premium of £574.2m - a rise of 35.3% - which partly reflected market-wide increases in the Co-op’s core motor market.

As the former RSA company man indicated in his comments in last week’s Insurance Times on competitor motor insurers’ repair arrangements, there are some practices that the Co-op won’t engage in. As for referral fees, having its own in-house business Co-op Legal Services means that the mutual doesn’t have to participate in the controversial practice. Any profit from personal injury claims is retained within the group, ultimately benefiting the Co-op’s customers.

But just because the Co-op is a mutual doesn’t mean that it has to behave like an ingénue, he insists. “Our largest business is operating in a brutally competitive convenience food market where simply being good or ethical is not going to cause people to walk through the door and buy from your shop.”
The Co-op needs to be able to sell its goods and services in order to fulfil its ethical remit, he points out.

“Personal lines insurance is one of the most competitive products in the world: that’s not somewhere you can be flabby. You need to deliver excellent products at an excellent price.”