Expert view: Civil Liability Bill – be careful what you wish for

The forthcoming Civil Liability Bill might not quite turn out to be the panacea that some seem to think it will be, says Donna Scully 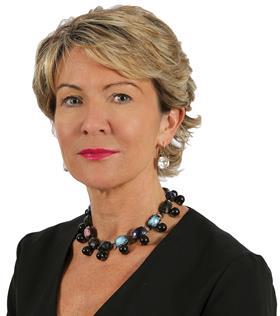 Seven months following publication and after a little under 30 hours of debate in Parliament, the Civil Liability Bill is finally done and dusted. We now await the time when The Queen will sign the vellum upon which the Act will be formally recorded for history and that will be that.

You should, as they say, be careful what you wish for. Rejoice and jubilation. Claims costs will tumble as the difficult lawyers exit the field. The massed ranks of claims will diminish as they were clearly all fraudulent anyway, whether they could be proven or not. The pesky claimant lobby has been vanquished. The sunlit uplands of the new claims landscape awaits sometime after April 2020.

What the insurance sector may gain in reduced claimant legal costs, it is likely to lose in having to sort out premium-paying customers left baffled and demanding assistance by what to do following an accident. It will not be long before customers left without professional help at their time of need will cry foul. Hundreds of thousands of the 32 million cars on our congested roads will still have accidents, many resulting in an injury and all requiring putting right financially.

If a combination of the lower damage rates of the tariff and a dramatic increase in the small claims limit effectively cuts out lawyers, the new portal will be a gateway for claims farmers, whether they are called CMCs or not in the new claims landscape. You do not have to look too hard to see them already preparing for the payday bonanza. Pushing out lawyers in favour of CMCs may appear superficially attractive, but I doubt whether the industry will be better off after it all. Just wait until you are dealing with a shadowy claims farmer. Replacing one set of problems with an even worse set is not a sensible or rational outcome.

In the absence of government action, we will face extortionate credit hire claims, repair and total loss and the growing problems with rehabilitation. We will enter the dubious world of administration fees, commissions and inflated subrogated recoveries as the costs mount.

In several years’ time, will the sector still think it was worth it? I doubt it. The negative consequences simply outweigh the perceived benefits.

So, I say again, be careful what you wish for. There is always a catch.