Ghost broker jailed for making £321,000 worth of false claims

A man has been jailed for selling 21 fake car insurance policies and making 18 false claims, worth approximately £321,000.

Following an investigation by the City of London Police’s Insurance Fraud Enforcement Department (IFED), the Insurance Fraud Bureau and a number of insurance companies, Abdul Hakim, 27, of Oldham pleaded guilty to all charges of fraud and was sentenced to three years and eight months in prison.

The ghost broker enticed drivers with offers of cheap car insurance when really the cover was fake.

He offered discounted prices by altering the address on the policy to a location where the cost of an insurance policy is especially low, such as rural parts of the UK.

He would then steal their money by incorporating a ‘finder’s fee’ and also charging them hundreds or thousands more than what it had originally cost him to purchase the policy using the low-value address.

In some instances, there was over £3,000 in the difference.

IFED and the IFB started its investigation in September 2015. In that investigation, it was discovered Hakim would search legitimate websites which advertised damaged vehicles for sale and use these vehicles to fabricate an accident that never happened.

With information of policyholders, Hakim would call insurers pretending to be the policyholder and provide details of the crash and accept fault for it.

He would then go on to contact the same insurer, but this time posing as the other driver involved in the accident – either directly as them or their claims management company. He’d provide identical details of the accident and make a claim for compensation.

In total, Hakim’s 18 false insurance claims amounted to around £321,000, while the estimated loss with regards to the 21 fake policies from his ghost broking fraud is more than £21,000. On 13 March 2018, Hakim was arrested and subsequently charged.

City of London Police Detective Constable Jamie Kirk, who led the Insurance Fraud Enforcement Department’s investigation, said: “By selling fake car insurance, Hakim put these drivers at risk as they were completely unaware that they were driving illegally.

”As well as the personal harm experienced by victims, ghost brokers like Hakim cause financial harm to the insurance industry, driving up the cost of insurance premiums for all motorists.

“Thanks to the information provided by the IFB and a number of insurance companies, the Insurance Fraud Enforcement Department’s investigation has led to Hakim being sentenced to several years in prison. This should act as a firm warning to fraudsters that IFED will catch you and you will face the consequences.”

Jason Potter, head of Investigations at the IFB added: “This investigation between IFB, IFED and our insurer member’s was a complex one, and it took the hard-work and dedication of everyone involved to see Hakim brought to justice. This case highlights the length fraudsters will go to in order to make money, but we are determined to clamp down and prosecute anyone involved in this type of crime.

”We’re pleased with the outcome of the sentencing, and the message that this sends to potential fraudsters - fraud is not acceptable, you will be caught and you will be prosecuted to the full extent of the law.” 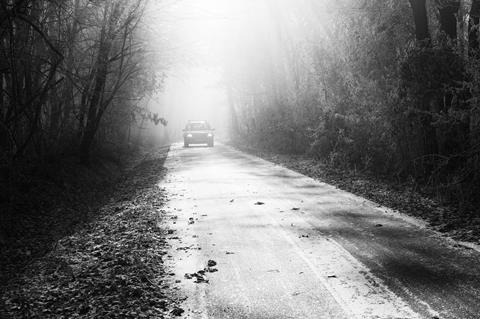