Former insurance employee sentenced after profiting to the tune of £25,000

A ghost broker has been sentenced to 12 months in prison after he used his insurance knowledge to dish out fake car insurance policies to up to 7,000 people.

Nigel Fox, 49, of Diadem Grove in Hull, was previously employed by an unspecified broker in Hull.

When he left the broker he did not change his work mobile number, which meant that he continued to receive calls from a customer base of 5,000 people.

Using knowledge of pricing and how to manipulate customer details to lower policy costs, Fox arranged bogus policies for people who got in touch.

Fox slipped up by using the same personal details to buy several hundred policies on just one website, which the authorities noticed.

After the Insurance Fraud Bureau (IFB) discovered a significant number of motor insurance policies bought using similar details such as IP address, email, property risk addresses and email, it passed the case over to the Insurance Fraud Enforcement Department (IFED) in 2015.

When challenged by IFED, Fox later admitted to arranging policies for around 7,000 people.

He also stated that he had arranged policies for ‘hundreds’ of people between 2009 and 2015.

In addition, it emerged he had forged fake no claims discount letters (NCDs), which he submitted to insurance companies to convince them to lower premiums.

The dodgy dealer made around £25,000 from his scams, IFED estimates.

City of London Police detective constable Peter Gartland, who led IFED’s investigation, said: “It’s clear that Fox used his prior knowledge of the insurance industry to deceive multiple insurance companies and manipulate their policies so that he could offer them at a cheaper price.

“On top of this, he defrauded a number of innocent members of the public with offers of fraudulent cheap insurance and exposed them to the direct harms caused by ghost broking, such as points on their licence and possible seizure of their car.

”It seems his fraudulent activity also helped facilitate local criminal gangs as their vehicles were insured to appear legitimate.

“This case is just one in a series of investigations where the IFB and the insurance industry has shared valuable intelligence with IFED to help us convict insurance fraudsters, including ghost brokers, and bring them to justice.”

Jason Potter, IFB head of investigations, commented: “Fox was a particularly manipulative individual who was willing to go to great lengths to deceive members of the public in order to line his own pockets.

”We are pleased that the collaborative work between IFB, IFED and our insurer members has been successful in bringing Fox’s criminal activities to light.

“We hope that this sentencing sends a clear message to anyone considering carrying out an insurance fraud scam that the industry is committed to tackling this serious issue and we are dedicated to working together in order to ensure these fraudsters get the justice they deserve.”

Fox pleaded guilty and was sentenced to 12 months in prison at Hull Crown Court on Monday, 14 May 2018. 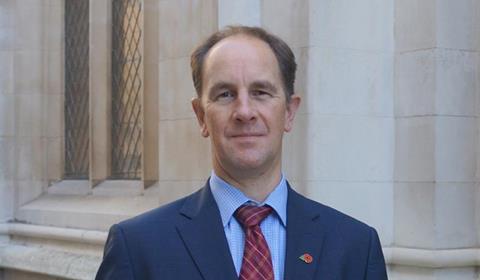