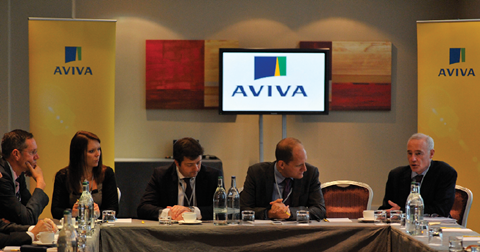 The increased amount of insurance data will force the role of the underwriter to change, according to Halo Insurance Services chief executive Ernesto Suarez.

He told the e-trading seminar at the Insurance Times Global Leaders Forum that the core of underwriters’ jobs would change from assessing risk to analysing data.

Suarez said: “I think the prototype of an underwriter is changing. You don’t necessarily need to have someone on your team that understands why someone of a certain age is a better risk: if you can extract the value from what the information is telling you, you can get to more profitable answers.”

However, the industry does not have enough talented people to deal with this increased level of data yet, he warned, adding that wider use of telematics technology would only increase the amount of rating data.

He declared that e-traded insurance products were becoming more advanced. As an example, McLachlan cited the fact that some professional indemnity products now had 10 times the amount of rating algorithms than they had a few years ago.

“The products are becoming much more subtle and complex, and that is the differentiation,” he said.

McLachlan added that consumer technology would have a greater impact on brokers than insurers, with the way the former did business with their clients being affected by the soaring use of smartphones.

“I do think they will change the game within a few years,” he said, adding that brokers needed customised websites to make the best use of this trend.
According to Groupama commercial lines director Malcolm Smith, commoditisation of e-trading will only come if the industry starts trading commercial combined policies on a package basis for a simple rate.

“If we all go down that route, I think it will lead to disasters,” he warned.

He said that the big opportunity to grow in e-trading would happen when there was widespread single-keying of information by brokers, adding that this would happen when all the software houses could link directly to insurer back-office systems.

Brokerbility managing director Ian Stutz said that one e-trading issue for brokers was making sure customers had understood their advice.

“If you give advice, you have to know that the client understands the advice you’ve given,” he said. “That’s a huge pressure when you’ve got very small premium - how much time you dedicate to do that.”

He said that brokers needed to find a balance between efficient e-trading and giving good advice. adding that keeping good broker advice in the SME sales chain was crucial because some personal lines policies sold online had wordings a broker would find unacceptable.

Stutz also said that in order to focus on improving their profit margins, brokers would focus on trading efficiency and reducing the industry’s reliance on paper.

“I would like to see my guys embrace more new technology and conversing with their clients, not least because that’s how a new
generation of users will want to transact,” he said.

However, Stutz cautioned that the younger generation that would drive greater reliance on technology and e-trading had generally not yet reached positions of responsibility.