Ministry of Justice puts back whiplash crackdown by a year

The government has put back implementation of its proposed whiplash reforms by a year to April 2020.

The announcement came in a formal response by the Ministry of Justice to the House of Commons Justice Select Committee report submitted earliler this year.

MPs on the committee had recommended delaying and watering down the government’s plans to raise the small claims court limit from its current threshold of £1,000 to £5,000 for whiplash and £2,000 for other injuries and to introduce a system of fixed tariffs for compensating injuries. The aim was to cut the cost of insurance claims and pass on the savings to drivers in lower motor premiums. The core of the reform programme, the Civil Liability Bill, also contains plans to revise the way the Ogden discount rate for long term injury compensation is worked out.

The government had planned to introduce the reforms in April 2019.

Critics had said the plans denied justice to legitimate claimants and would drive them into the arms of unscrupulous claims management companies.

There were also concerns that the Litigants In Person portal,  that would allow individual claimants to register their claims, would not be ready by April next year, and would be too complicated for ordinary claimants to navigate.

Insurance companies had welcomed the bill and the government’s original timetable, and had pledged to return all savings in the form of lower premiums.

Opponents of the bill welcomed the delay.

“We welcome the government’s decision to delay implementation of the reforms until 2020 (five years after they were first announced), to ensure that the proposed online solution for claimants is fit  for purpose,” said Access to Justice spokesman Andrew Twambley.

”Injured people cannot be looked after on an ‘it will be alright on the night basis.’ The delay will also give more time to implement the recommendations of the Insurance Fraud Taskforce, and prepare the legal expenses insurance market for the changes.”

Twambley said the planned LIP portal will be more expensive than the current system, and will increase fraud because it will ”open the way for disreputable claims management companies to replace lawyers exiting the market”.

”There are better ways to balance the rights of injured people with the laudable aim of reducing fraud and we are confident that MPs will listen when the Civil Liability Bill returns to the Commons late this year,” he said.

Shirley Woolham, chief executive of Minster Law, said: “In conceding a further 12 months delay to these reforms, the MoJ has recognised that creating a technology solution to manage claims for road traffic accidents is no easy task. It is critical that all sides focus on delivering a good customer outcome that ensures claimants feel the justice system is working for them.”

James Dalton, ABI director, general insurance policy, said: “In its report in May, the Justice Select Committee got it wrong when they tried to water down the government’s much-needed reforms which are designed to fix our broken compensation system. So we are pleased  that the Ministry of Justice remains committed to delivering a modern civil justice system which includes fixed damages and a small claims track limit increase to at least £5,000.

”Getting the implementation of these reforms right is absolutely critical if the system is to deliver fairer outcomes for claimants and millions of motorists so it is sensible to delay implementation until April 2020.” 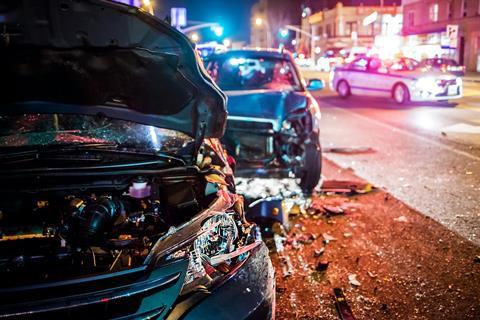