Access 2 Justice urges ministers to rethink before passing ’bad law’, and it appears it has secured support from within the commons

MPs return to parliament today for the second reading of the Civil Liability Bill, so lawyers have pushed one last time to see changes.

Laurence Besemer, chief executive of the Forum of Insurance Lawyers (FOIL) said: ”On the basis of comments in the Lords it is likely that at Second Reading MPs will take the opportunity to spell out further changes they wish to see to the definition, to the tariff and to the Small Claims Track limit, with the potential for other issues to be raised.”

Lawyers have had a particular issue with the the increase of the small claims limit, which means claimants will not be able to claim legal expenses for claims under £5000 and will have to instead go through the Litigation in Person (LiP) portal which is currently being developed by MedCo and the Motor Insurance Bureau (MIB).

Donna Scully, director at Carpenters Group called the change “too dramatic” and said: “If they are going to change it, try it out at first at £2000, then analyse it.”

Meanwhile, Access 2 Justice (A2J) says it supports an inflationary small claims limit increase, but only in line with the recommendations of the Justice Select Committee and says £1,500 might be appropriate.

The increase of the limit is not technically in the bill, but has been a major factor in the back and forth between the insurance industry and claimant lawyers.

In July, the government announced that it was pushing back the reforms’ implementation date by a year to April 2020.

This was welcomed by the claimant lawyers, who plan on using the time to campaign vigorously.

A2J spokesman, Andrew Twambley said: ”We will continue to push for change because we simply don’t think this bill is good enough as it is right now. It completely leaves too many people on their own, including vulnerable road users, which is just wrong. It is bad law.”

The continued push for change

A2J has pushed one last time before the debate today, with Twambley stating that “the government’s proposals will create confusion and unfairness, and the losers will be genuinely injured people.”

It also outlined particular scenarios and who would miss out on their compensation, as a result of the reforms:

Twambley continued: “The government’s earlier reforms have been wholly successful in driving down claims, so why are ministers persisting with a reform that punishes genuine claimants and creates massive confusion?

”The beneficiaries will be insurers, and claims touts looking to make a fast buck by filling the void left by legal firms.”

As a result, A2J is issuing more calls for action, which outlines safeguards it wants to be put in place to protect litigants in person (LiPs) before the new system is put in place.

On the other hand, the ABI released a survey which claims 90% of the public think legal costs in the personal injury compensation system are too high.

Then today, the ABI tweeted an animated video, blasting the claimant lawyers for exploiting a “broken system.”

Twambley said in response to the survey: “Well that’s what they do. They won’t pay for a survey that doesn’t support their position, so it is to be expected, especially seeing as though it’s getting closer to the reading.”

“Loads of MPs share our view and you will see that when they debate. They see that this bill just won’t work.”

Another MP to oppose the bill is Gloria del Piero, the Labour MP for Ashfield.

She told Insurance Times that she will oppose the bill because:

Other supporters for change include Donna Scully, but she doesn’t hold much hope.

She said: ”I don’t think we will see any change in the bill, I think it will go through as is.

”There was a huge debate in the Lords and a very thorough investigation. There were some slight amendments made around the edges, and a vote to try and do things differently, but that wasn’t successful so I think the big debate has been in the Lords, I don’t think there will be as big of a debate in the commons. There may be some opposition, but I am not anticipating any changes.

MPs are due to debate the bill today in the House of Commons. 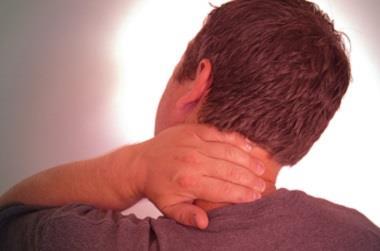