The government has published a draft statutory instrument ahead of the Civil Liability Bill going through the committee stage in the House of Lords tomorrow.

In the draft, there is a broad definition of what a ‘whiplash’ injury is, as well as a set of damages depending on how long a claimant’s injury lasts.

Rob Cummings, Head of Motor and Liability at the Association of British Insurers (ABI), said of the draft:

“The Government is taking a common sense approach to the whiplash regulations. The tariff aims to reflect the degree of pain, suffering and loss of amenity, which can be highly subjective, so it is logical to consider the duration of an injury as part of the process. A clause allowing an uplift in the payout in exceptional circumstances is also included and the definition of a whiplash injury is wide-ranging.”

But the Motor Accident Solicitors Society (MASS) has taken a firm stance against the draft, calling it “hastily prepared” and a “poor defence”.

Simon Stanfield, chair at MASS said: “These hastily prepared draft regulations fail to address the fundamental issues about the politicisation of damage awards by the judiciary and a medical diagnosis by civil servants rather than medical experts. This response to the widespread criticism of the Bill from all sides of the Lords falls spectacularly short.

”Our hope is that Peers will see this for what it is – a poor defence of the MoJ’s land grab of an independent judicial process.”

Donna Scully, Director at insurance and legal services provider, Carpenters Group said the draft was ”better than nothing,” but emphasized that she stood more with MASS and wants to see more detail in the Bill to help the debate.

The Bill will be debated in the House of Lords tomorrow (10 May) and on Tuesday (15 May). 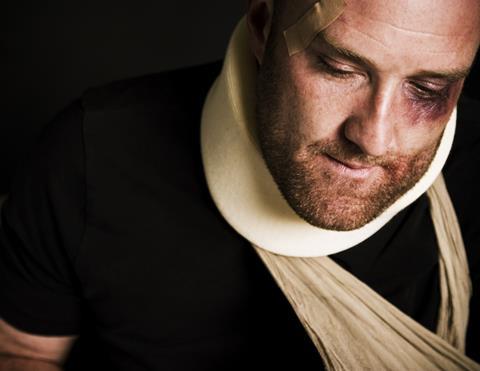