Insurance claims received by UK insurer Ageas reveal that the Great British public are often caught out by blue skies and sunshine. 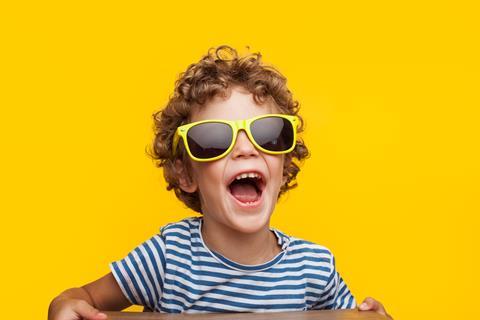 And, it’s not just the increased risk of opportunist theft from open windows that are the problem. Whether it’s treading melted tarmac in to your carpet or plunging into a paddling pool with your phone still in your pocket there are a whole series of hazards that need to be negotiated as we make the most of this unusually fine weather.

Robin Challand, Claims Director for Ageas said: “Unlike many other countries, we are not really used to hot weather and so we leave ourselves exposed to accidents and theft in our quest to stay cool.

Among the insurance claims received by Ageas in hot weather are:

1. Not all shade is equal

At a picnic site, one man decided to put his laptop and Kindle e-book reader under his car to keep them out of the sun. Out of sight, out of mind, he then drove straight over them, having forgotten all about it.

2. Not every device is sun safe

Nothing beats listening to some summer tunes while lazing in the garden. But insurance claims have been made for smartphones screens cracking after being left in the blazing sun. Exposure to high temperatures could also permanently shorten battery life of iPhones, according to a recent warning from Apple.

3. Perspiration can affect more than your clothes

One customer was so hot that the phone in their pocket was damaged by perspiration. Sweaty hands were responsible for another customer dropping their phone and smashing the screen.

After getting home in bright sunshine one policyholder walked around her house with tar all over the soles of her shoes because she didn’t realise that asphalt reverts to liquid in hot temperatures. Tarmac and carpets aren’t happy companions.

5. It’s not just Bear Grylls that can burn rope with glasses

Glasses really can concentrate enough sunlight enough to start fires. One Ageas customer found two holes burnt into their carpet after leaving their glasses on the floor. A sewing machine, armchairs and laptops are among other victims of burns caused by strong sunlight passing through glass objects.

6. Barbecue burgers - not your house

Burnt burgers and undercooked chicken aren’t the worst of it. One customer accidentally put a BBQ skewer into the fan in their oven, breaking it. Another used their BBQ too close to their house, with the heat causing a glass window pane to crack.

7. Not all cooling breezes are welcome

One person’s parasol, caught by a gust of wind, flew up onto their conservatory roof. In other similar instances, claims have been made for fly-away parasols smashing glass garden tables and even mobile phones.

8. Leave the paddling pool to the kids

Cameras, iPads, mobile phones and watches have all ended up in paddling pools, with expensive results. Sometimes they fall out of people’s pockets, and other times small children simply take them into the water with them.

This happens more than might be expected. One policyholder threw an ice lolly to his wife, hitting her hand and dislodging the stone from her ring. Others have thrown lollies at the TV, cracking the screen.

10. Look after your sunglasses

A frequent cause for insurance claims, sunglasses get sat on, stepped on, dropped, driven over, lost overboard on boat trips, and even chewed by the family dog.