IBM hits back at Co-op in £130m tech upgrade lawsuit

IBM denies wrongdoing against Co-op Insurance in a law suit in which the insurer is demanding compensation of £130m.

As part of the £130m compensation claim, Co-op says it had to pay £48.9m to other contractors after the initial contract with IBM ended in failure.

But IBM accusses Co-op of paying “far beyond what is reasonable” for contractors and denies any liablity for compensation.

IBM says Co-op failed to pay an invoice, leading to cancellation of the whole contract - and now IBM wants £2.89m for the unpaid invoice.

IBM was originally hired to manage and implement a large-scale £55m technology upgrade.

But “reckless” IBM paid no heed to its procedures and made a mockery of deadlines, leading to substantial delays to the project, Co-op alleges.

The insurer has accused the technology giant of embarking on a venture that ended up riddled with interruptions and broken promises.

Co-op has gone so far as to imply that IBM never thought it would be able to deliver on the project.

In court documents, the insurer claimed that IBM had made either no or “inadequate” enquiries of software provider Innovation Group to check whether the project could be completed to time and contract.

Now, in its defence, IBM has hit back, claiming that Co-op was in fact incapable of paying up front for the software licensing.

This meant that it had to pay for the licenses in instalments, separate to the work being conducted by IBM.

IBM claims that Co-op refused to provide a purchase order number for one such vital payment.

Meanwhile, Co-op argues that IBM did not follow the agreed schedule for work or adhere to its finance procedures, therefore it was not entitled to pay up for the licenses.

IBM claims that because the £2.89m was for licensing fees separate to scheduled work, Co-op was in the wrong to hold it back.

It was due to this unpaid invoice and Co-op’s lack of co-operation, according to court documents filed on behalf of IBM, that it was “contractually entitled” to pull out of the project and “lawfully terminated” the contract in 2017.

IBM slams Co-op for relying “on its own breach” to accuse it of slipping up.

It continues: “the claimant [Co-op] could itself have avoided termination very easily by paying the Unpaid Invoice.

“By choosing not to pay the Unpaid Invoice, the claimant effectively brought the termination upon itself.”

When contacted by Insurance Times, Co-op declined to comment, while IBM vowed to ”continue to rigorously defend” its defence and counterclaim. 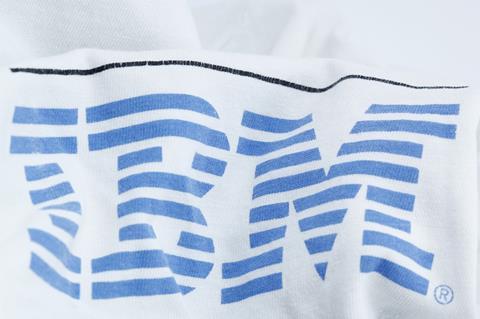