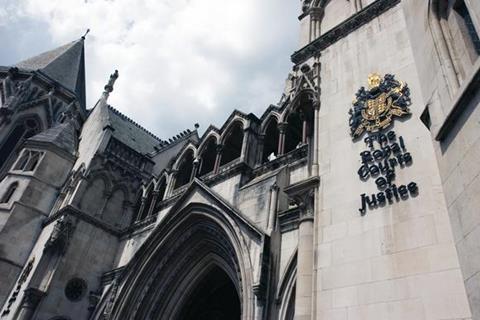 A mother who filed a false insurance claim for whiplash suffered in a completely fictitious car crash was jailed at the High Court today in the first case of its kind.

In a landmark ruling for the insurance industry, a top judge said the courts had a duty to clamp down on the prevalent fraud which was driving up premiums for everyone.

Insurers have brought contempt proceedings against claimants for exaggerating their injuries before, but this was the first time anyone has been brought before the High Court for a completely invented accident.

Samina Bashir, 28, of Navigation Street, Birmingham, admitted making the bogus claim for damages having originally claimed she was involved in a three-car crash that never happened.

Her partner Faisal Rauf has also been imprisoned for backing up her claim.

Insurer LV= demanded that the couple be jailed for contempt of court after the truth emerged about the “accident” – which could have cost up to £75,000 in payouts.

Two senior judges handed the pair six-week sentences, saying they hoped the “clang of the prison gates” would deter the “rampant dishonesty” of false insurance claims which has been blighting Britain.

Sir John Thomas, sitting with Mr Justice Silber, said: “It is conduct which must be deterred because it strikes at the very heart of our system of justice, and does great damage to every citizen who has an insurance policy.”

Ms Bashir’s parents, Kaneez Akhtar and Mohammed Bashir, of Littleton Road, Birmingham, were spared prison but given six-week sentences, suspended for one year, for their admitted part in the fraud.

The court heard that the family falsely claimed that Ms Bashir was driving her partner and parents in a Rover which was hit by a BMW in Handsworth, Birmingham, on January 6, 2008, knocking it into a Peugeot.

Ms Bashir claimed more than £5,000 compensation for the whiplash she faked, and insurers had to set aside up to £75,000 for other expected claims.

But when it emerged that the family had connections to those supposedly driving the other vehicles, insurers launched an investigation.

It was later discovered that claims were made after an almost identical accident, also in Handsworth, in September 2007, but not involving any of the family members.

The same Peugeot was said to have been involved, and to have received exactly the same dent to its side in both prangs, the court heard.

Lawyers for the family said they were approached by a crash-for-cash fraudster because they all had clean criminal records, and he paid them £600 to make the false claims.

They later tried to get out of the scam, but “buried their heads in the sand” when insurers brought contempt claims against them, the court heard.

Marcus Grant, for LV=, said insurance fraud costs the industry £919m-a-year, the equivalent of £44 for each household.

He told the court that while an insurer-funded anti-fraud squad was looking into the crime, it could only deal with the “tip of the iceberg” of around 100 cases per year.

Mr Grant said it came as no surprise to insurers that the family had been targeted by one of the insurance racketeer’s who are blighting the industry by setting up similar conspiracies up and down the country.

Sir John Thomas told the court Ms Bashir, who works as an analyst for the Islamic Bank of Britain, and Mr Rauf could have faced sentences of more than a year, but reduced them after they revealed the details about the fraudster they said put them up to the claims.

In summing up, he said:“It is conduct which must be deterred as it strikes at the very heart of our justice system and does great damage to every citizen of the UK who has an insurance policy. Anyone that engages in fraud of this kind, even if the sums involved are not large, must be deterred.”

Speaking after the hearing Martin Milliner, technical claims director for LV=, told Insurance Times: “Fraud is a serious blight to the insurance industry and drives up the cost of premiums for all.

“While the defendants in this case admitted their guilt, we felt it was important to continue with proceedings against them in order to deter others from this crime. Four of the five defendants received custodial sentences yesterday, which we hope will send a message to other criminals that the insurance industry is cracking down on financial crime.”

Insurance Times has this year launched the Fraud Charter 2012 initiative, sponsored by AXA Personal Lines, to boost the industry’s response to fraudulent activity. Click here to find out more and complete our survey.