Norwich Union is at the start of one of the biggest years in its history. So why is its chief executive so reluctant to talk? Ellen Bennett tries to dig beneath the surface. Portraits by Julian Anderson 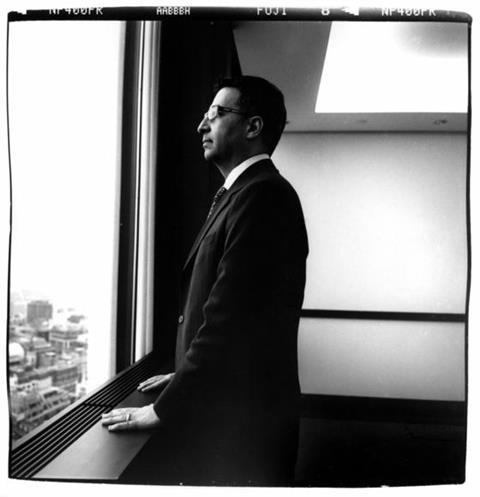 Igal Mayer looks bored. Flanked by two press officers, he smiles obediently when Insurance Times arrives to interview him at his glassy office in Norwich Union’s tower on Old Broad Street, and he says all the right things in those honeyed Canadian tones. With a once-in-a-generation rebranding exercise just months away and the economy in tatters, perhaps the chief executive of the UK’s largest insurer can be forgiven for having other things on his mind.

But he has agreed to spend an hour outlining his plans for this year. So here they are: continuing to work primarily with independent regional brokers and to extend the Club 110 concept to take in smaller brokers; continuing the tough line on consolidators and managing general agencies; continuing to push up rates (yes, a theme is emerging here). Oh, and that rebrand.

Mayer is determined to project an aura of stability, both for himself and for Norwich Union as a whole. He repeatedly points out that his message is consistent, and never varies from this script. Given the turmoil in the wider economy, you can understand why – Mayer is positioning the insurer to benefit, in the year that it will rename itself Aviva.

First up is his controversial stance on consolidators and commissions. The 47-year-old made headlines last year with his obviously well thought out public comments that NU preferred to work with independent brokers, and did not believe commission, plus expenses, should exceed 30% of premium – while some consolidators were demanding at least 40%. He is unpopular with the larger brokers as a result, though no doubt well liked if little known among their smaller counterparts.

The message hasn’t changed. “In the past year we’ve been able to start having some honest discussions with folks, saying we’re going in this direction and you’re going in a different direction,” says Mayer.

“Where there’s a conflict, let’s just decide that we’re not going to be able to do business that way.”

How far is he willing to go? Whispered reports of furious rows with consolidators have leaked out of Old Broad Street (one rumour has it that a certain consolidator boss’s name isn’t mentioned any more). Would Mayer cancel a consolidator’s agency if he was having serious difficulties with them?

“Difficulties? I don’t know what you mean by difficulties,” he retorts, the affability slipping for a moment. “I don’t think this is a relevant question.”

That sets the tone for the rest of the interview. Whenever he is asked to say something he hasn’t publicly said before, he backs away. Understandably, the chief executive of a major insurer has to mind his words, and Mayer has a big job on his hands, but you’re disappointed he doesn’t let more of his personality come through; take a few more risks. As one senior broker puts it: “He’s a bit aloof – he finds it hard not to show his irritation.” As Mayer would be the first to point out, NU isn’t in the business of taking risks.

Back to the strategy of favouring regional independent brokers over the big boys. Brokers often comment on the irony of this, for it was NU, with AXA, that allowed consolidators’ commissions to get so out of hand in the first place.

But given that the cost of NU’s distribution has been steadily rising while its underwriting profits have consistently fallen, did Mayer have any choice but to push back? According to the company’s 2007 results, its distribution costs, including commissions, have risen £150m year-on-year. In an August research note, analyst Citi noted this means its much-vaunted cost savings are “merely running to stand still”. No doubt this has been noted at head office: Mayer is, after all, still answerable to Andrew Moss, Aviva’s chief executive, and this is the kind of strategy likely to have come down from on high.

Sensible as it seems, there are questions about the policy’s sustainability. The independent brokers with which NU curries favour tend to be led by entrepreneurs firmly into middle age.

If they don’t sell up to the consolidators, there are question marks over their future.

Mayer says: “I’ve been in the business 24 years and, when I came in, folks were saying the death of the independent broker was imminent because they were all 55 and ready to retire. There’s a good reason for that – it took them 30 years to build the business. The good ones do begin early and put in place a succession plan, whether that’s their children or the management.

“Part of our plan is to provide consulting to brokers on this. I see some of our staff as being matchmakers – sometimes we’re looking to put people into a broker. We’re always asking, how do you keep that business vibrant?”

All this business with consolidators is fairly well rehearsed, so what is the next step? “We are looking at a smaller club or network for smaller brokers,” says Mayer. “It will be similar in concept [to Club 110], looking at their needs around access to capacity and product.”

This has been publicly linked with Bob Beckett, the consultant and well known industry figure.

As the man in charge, can Mayer tell us more – such as when it might launch? “Sometime in 2009, that’s a safe bet,” he laughs, dodging another question.

At only one point during the conversation does Mayer become really animated, perhaps providing a hint of what is preoccupying him. Talking about rates, which he claims NU has been steadily increasing since late 2007, he says: “The thing that’s keeping me awake at night is what’s happening structurally as a result of the economic downturn. Investment strategies that insurers have been able to rely on for years are changing. We sold all equity investments in our general insurance businesses 18 months ago – in many ways that was a prudent move. Our balance sheet is in very good shape.

“Sitting with largely short-term cash investments, what do you actually do with your money? Our business is very simple really – we take in premiums, we hang on to those premiums for two years and in those two years we invest them. But where do you invest your money now? We rely quite heavily on investment income and, frankly, if you’re not going to make as much money on investment returns any more, it’s going to shift the balance. We need to make more on underwriting.”

This is the nub of Mayer’s problem. While he has money coming in, he doesn’t know where to invest it. So, to make up for that, he is having to push on the underwriting, on distribution expenses and rates, to ensure the business continues to make money.

To that end, he intends to continue putting up rates, and restructuring NU’s book to focus on profitability, even at the expense of volume. One market rumour has it that NU is looking to shave £1m off its gross written premium in 2009 as it seeks to boost profitability. Will he comment on that? Don’t be silly: “It’s sensitive information and would be forecasting our results.”

Aside from changing the distribution strategy and putting pressure on rates, NU has not yet made any radical moves to take advantage of its own relatively stable position in the changing economy. One obvious option would be to acquire and Mayer does say there will be a change in the number of insurers in the market, a “cleansing of the system”. Will NU be playing a part? “You’re not going to get that out of me,” he says.

But there is one thing that he can talk about; the much trumpeted rebrand to Aviva, a bold move that will ditch a name recognised by most UK consumers to adopt one recognised by few.

“Massive activity is taking place inside the organisation to get people ready,” he says. “We don’t want this to be a simple rebranding exercise. We want our brokers and customers to feel a very different company. It will become very clear over the next few months where we intend the brand to take our organisation.” There will be no management changes and no move away from Norwich as a headquarters, he adds.

Clearly the rebrand will be a big part of Mayer’s legacy, but what else does he want to be remembered for? “You don’t judge your time with a company in the years that you’ve been with it – you judge it after you leave,” he says. “I take a great deal of pride that it’s two years since I left the Canadian business and its strategies haven’t changed. You don’t want to leave and find that the person who takes over does a 180-degree turn and changes a bunch of stuff. That would be failure.”

With his consistency, his stability and even his boredom, Mayer is clearly attempting to set that legacy in place. Its success will depend largely on who wins the power battle over commissions, and how willing the public and business community are to embrace the Aviva brand.

Rise to the top

Chief executive of Norwich Union since July 2007. The business has premium income of £6bn and 19,000 staff

BA (Hons) in commerce and economics from the University of Toronto