Just PI in the sky 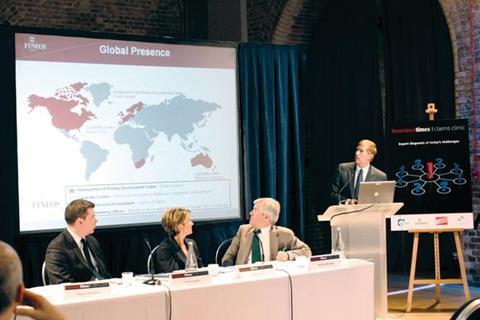 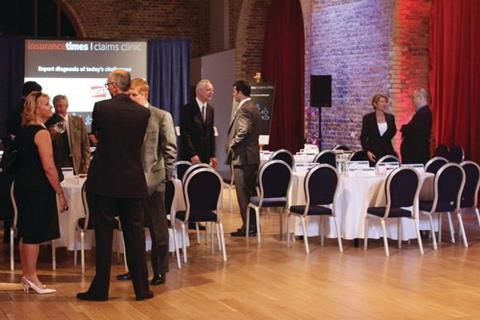 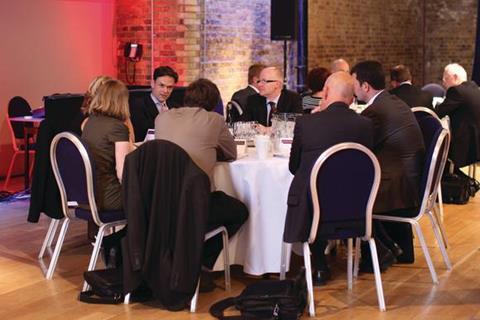 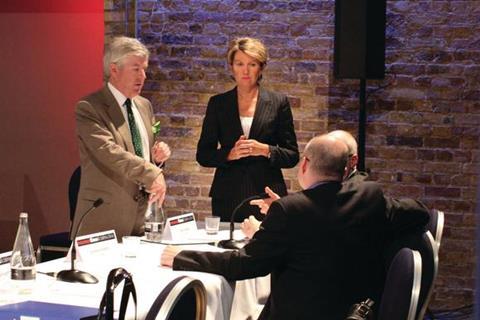 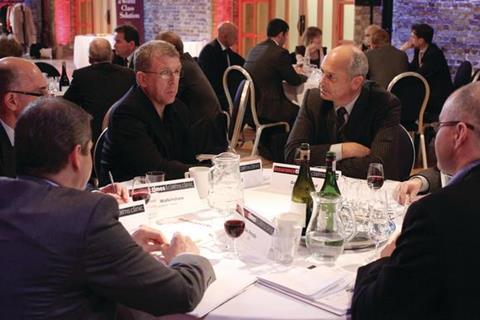 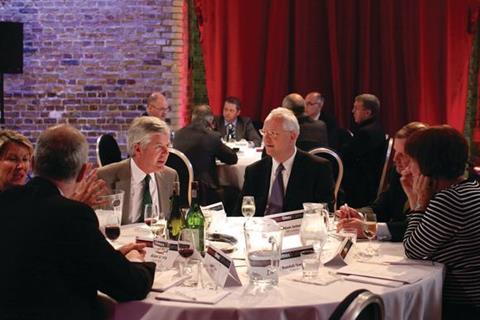 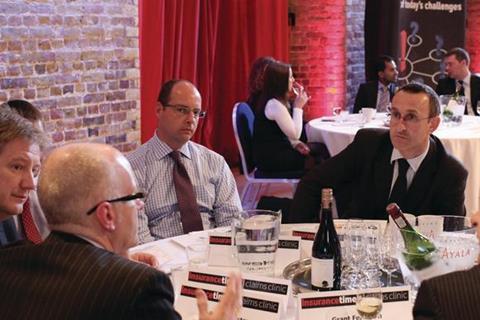 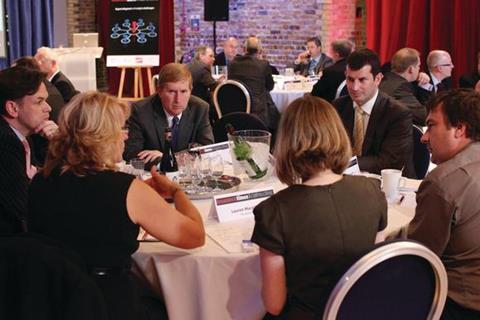 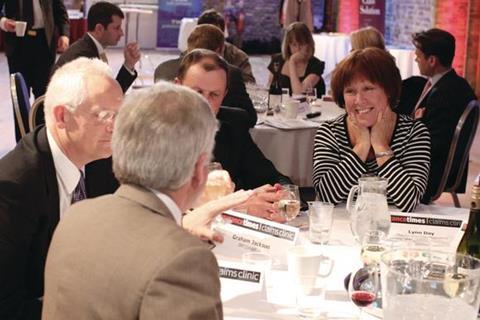 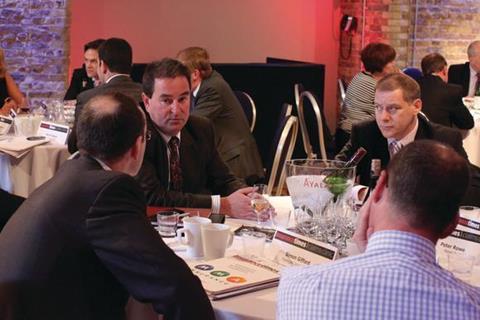 A suggestion that the personal injury reforms proposed by the Ministry of Justice may be scrapped was one of the lively debates at the latest Insurance Times’ claims clinic. Lauren MacGillivray reports

THE MOST RECENT Insurance Times’ claims clinic, which was held a day after it was revealed that personal injury reform would be delayed until April 2010, saw continued frustration over the Ministry of Justice’s (MoJ’s) controversial proposals.

First proposed in 2007, the reforms were slated for implementation in October 2009. But the MoJ said it has delayed the implementation to give insurers and lawyers more time to prepare. Sources close to the reforms have questioned whether they will now happen at all.

The reforms were intended to overhaul and streamline the claims process after complaints that legal costs were too high. But to insurers’ dismay, they only focus on motor claims of up to £10,000. Other personal injury claims are exempt, including employers’ liability claims.

All aspects of the reforms were debated, however the most talked about issue was the proposals for claims notification – that insurers will have just 15 days to respond to a claim.

Roberts said the 15-day deadline will be difficult for even the most efficient insurers. “The time constraints which are implied in this process are pretty difficult for us because if we haven’t got full buy-in from your clients at the point of accident, and a truthful summation of the facts at that moment in time, the amount of time that we have to unravel the problems that arise is extremely short. And entering a recessionary cycle, there’s a great deal of concern over fraud.”

The impact of fraud was also an important matter for Grant Ferguson from fraud investigation company, the Cotswold Group who said that there has been an increase in fraud across all classes of business and it has seen a steady increase in the number claims referred for further investigation.

He said: “While no doubt a percentage of this increase can be attributed to the evermore sophisticated systems and methods deployed by insurers to detect fraud, it is quite apparent that the recession is creating first-time fraudsters.”

While Dean Southorn specialist claims services manager for AIG UK, and a delegate at the clinic, believes that the 15-day deadline will be tough, particularly considering some insurers have an average notification of more than 60 days.

“[The deadline] will be very painful in the short term, especially for commercial insurers,” he said. “We’re not usually notified by our commercial clients in that time. So a good proportion of our new notifications of a claim will be by the third parties. If we’re notified by a third party, we’re automatically on the back foot. We have to go and contact our insured, and make sure we’re clear on the circumstances.”

Scully added the recession would make the deadline extra difficult. “The deadline has to be sustainable. It’s three months at the moment and some people struggle with that at present.”

The panellists also agreed that the client lobby has become more powerful – something that Jacobs said should be a warning to insurers.

Jacobs admitted that it is easier for the public and MPs to side with an injured person than it is to empathise with insurers.

However he added: “I think the defence voice could be more powerful than it is at the moment. If the judicial review in Scotland in relation to the asbestos legislation there is effective, then who knows? It might be a step-change for the defence side and our voice might be heard a little more strongly if we can be shown to be effective and put our money where our mouth is if we’re not.”

Roberts said that the client should be more at the centre of the process.

“The third party is a very complex process. Who is he going to turn to for support during this process? Probably a claims management company or a lawyer, and that lawyer then has control of the process. But he doesn’t have control of the underlying facts of the case.”

Meanwhile, Jacobs remains hopeful the MoJ reforms will help strip out extra costs. “To me that’s fundamental – everything we do around reform should be aimed at stripping out the unnecessary areas of cost we have on there now. That all goes back to giving control back to the claimant.”

But Scully said the client is already usually at the centre of the claim: “I think everybody here wants the client to be represented by a reputable, independent solicitor who’s going to run the case properly, who’s not going to cost build, and who’s going to get the client exactly what they deserve, no more, no less. For me, the client owns the case.”

Nothing fuels a debate like third-party capture, which refers to when an at-fault insurer contacts and deals with the third-party claimant before they have consulted a solicitor.

Insurers can use third-party capture to keep the cost of a claim down because they avoid legal fees. But lawyers say the third-party claimant does not receive a fair settlement.

Perhaps surprisingly, Scully said she also had no objection to third-party capture. But she said: “The only problem we have with third-party capture is it’s effectively unregulated at the moment. The MoJ doesn’t regulate it, the FSA doesn’t really understand what it is. So from a MASS perspective and as a claimant lawyer, all I’d ask is for a level playing field.”

Both Roberts and Jacobs admitted they have seen unscrupulous behaviour by some insurers. But they said there is also going to be a raft of cases that do not need a lawyer to resolve them.

Jacbos said: “In my experience with third-party capture, [insurers] are very aware they have to give a good deal to get there, otherwise the claimant is going to go off elsewhere. Inevitably they’re paying over the odds on the damages but the overall indemnity spend is less. It is a win-win to me in that the claimant receives additional damages and the insurer pays less … it’s the claimant lawyer and potentially the defence lawyer who loses out in that process, but why shouldn’t they?”

Roberts challenged Scully, saying that she was suggesting that insurers should be lobbying their own regulars rather than the MoJ.

Scully chuckled before answering: “We’re lobbying them but they won’t answer.”

Another bone of contention was referral fees, which claimant solicitors sometimes pay to claims management companies or insurers in order to attain personal injury clients.

Premier Medical Group’s Brunjes refused to answer whether referral fees are an issue in the medico-legal reporting industry. But he said:

“If any of you came to see me in my consulting rooms and you needed something doing, if you thought I was on some sort of commercial agreement with a surgical colleague or a physician, you’d probably be very upset by it. And you’d like to think I was referring you to someone highly regarded and trusted.”

Jacobs considers referral fees troubling but also commercial reality. “The core of the compensation system should be about compensation for the claimant and there is a lot of extra cost added to all of the service provider charges as a result of having to pay referral fees.”

Roberts said referral fees are a “personal choice” for insurers, but added that Brit doesn’t accept them.

“My personal view is if someone’s prepared to pay me £800, they’re going to make a lot more out of it than me. And if those claims are going to come back out into the industry, insurers are shooting themselves in the foot.”

Meanwhile, MASS sits firmly against referral fees. Scully said: “We lobbied the Law Society about 15 years ago, and said, ‘This is developing, it’s a worry and it shouldn’t really happen’. It sat on the fence and the rest is history.”

But like Jacobs, she now considers the fees a “necessary evil”.

“We hate them but they are part of the system; I don’t know how they can be excluded, it’s like putting the genie back in the bottle,” said Scully. She at least wants to see referral fees capped.

While referral fees sparked feisty debate, they have been sidelined in the MoJ’s proposals. This situation might bother some vested interests, but the parties are now more concerned that, with several other linked reviews underway, such as the Jackson review of civil costs, maybe none of the personal injury proposals will see the light of day.

But Scully said MASS is comfortable with the April extension, and believes the streamlining process remains “top of the agenda” for the MoJ.

“From our perspective, it was a positive thing because we were very concerned that it was going extremely fast considering there were major points of dispute between the parties … from MASS and Carpenter’s point of view, and

I think from most stakeholders, we just want it to be done properly so that it makes sense and is workable; otherwise it’s been a complete waste of time.”

Jacobs echoes this optimism: “My first reaction [to the watered-down proposals] was disappointment, but then I thought, ‘OK, if this is the way it’s going to go, is there a chance this will be used almost as a pilot by the industry’? One would hope that if we iron out the wrinkles in a positive way, this proposal could lead to far broader rforms. That is something I think most people would like to see.”

In the UK the debate over personal injury reform rages on, but in the USA workers’ compensation medical inflation is the main problem plaguing claims, says claims software company FINEOS.

Speaking at the Insurance Times’ claims clinic, Randall Day, head of claims solutions for FINEOS, said: “What’s driving that primarily is prescription prices. It already is the single most expensive component of the worker’s compensation claim. There’s a lot of issues with narcotics use and exaggeration of injures.”

He said that an aging population and obesity are also causing a strain on claims.

However, he added that medical inflation is being tempered somewhat by several factors.

“The frequency of claims has been decreasing. This is not just for workers compensation, but for several lines of injury claims. There are fewer lost time claims, which means that for a lot of the injuries people receive treatment but do not miss work, and fewer fatalities,” said Day.