Premium Content: Insurtech home insurer Lemonade doubled its policyholders to over 14k in May 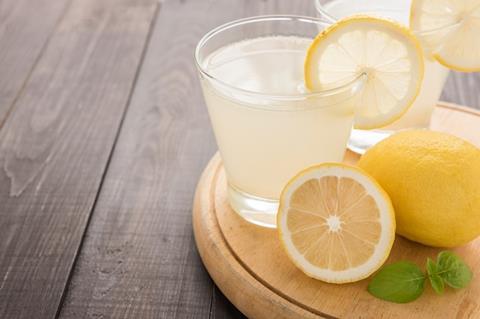 Lemonade, the self-styled home insurance disruptor, has released figures detailing over 100% growth in May after expanding into new markets.

In a statement Lemonade said it had reached 14,300 customers, eclipsing its 2017 target of 13,000. The company grew 43% in the last three weeks in May after launching in California, the US’ most populous state. In a related move the company also announced it has gained licenses in seven more locations including Texas, North Carolina, Michigan and New Jersey, bringing its coverage to around 45% of the US population.

It is Lemonade’s first financial update since January, which had prompted speculation about the company’s rate of growth and profitability. These were largely allayed in April when German giant Allianz took an undisclosed stake in the business.

“In May, [we] insured more than 5.5K homes. [More than] 50% of all policies to date, in one month!” Lemonade founder Shai Wininger said. 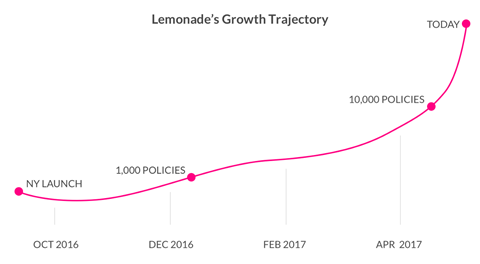 Lemonade said it had dealt with a total of 117 claims worth over $143,000, hinting at loss ratios well beneath the industry average. 27% of Lemonade’s claims were handled and processed instantly, by its AI claims solution, which propelled the company to fame in January.

“One point that we didn’t feel right about was the difference in the time it took AI Jim to handle a claim (3 seconds) and the time banks took to move money from our account to our members’ (several days). That sucks.” Wininger added.

Lemonade’s customer base has also diversified since January, with 78% of its customers now being between the ages of 25–45 – down slightly from 81% in January. 2% of the insurer’s policyholders are 65 or older. The company added that changes to its underwriting model had led to them refusing more risks. It did not disclose the split in its book between either homeowners or renters, or by state.

The insurer said it had also added a ‘self serve’ feature to its product, allowing existing customers to add a spouse or significant other to their cover.

Lemonade launched in New York in September last year, and branched out to Illinois in April.