Aon’s announcement that it was to forsake Chicago for a new home among the gleaming spires of the City sent a shock through the insurance industry. What prompted the move, and could this be the start of a trend? 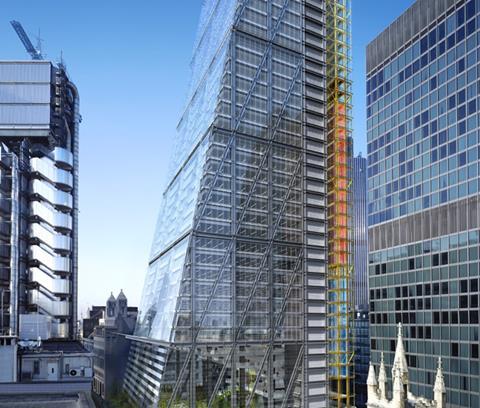 Chicagoans are feeling gloomy. The Windy City has long held aspirations to at least be worthy of mention in any conversation about what other US city could rival New York as the country’s leading financial centre. There are boasts of Chicago’s emergence as the world’s leading derivatives centre and the architectural feats that allowed such huge skyscrapers to be built on what was basically a swamp.

More importantly, it is home to some of the USA’s - and therefore the world’s - most powerful corporations, such as aerospace giant Boeing. But there is now one big company fewer, the $11.3bn (£7.2bn) revenue broker Aon having shocked the industry in January when it announced plans to move its headquarters to London.

This relocation involves fewer than 20 senior executives moving to the Square Mile and just a few extra board meetings at Leadenhall Street. Yet three Aon directors, including non-executive chairman Andrew McKenna, could not bring themselves to vote in favour of the relocation, abstaining to prove their loyalty to the home of Frank Lloyd Wright, Michael Crichton and Al Capone.

They must, though, have seen the financial sense behind the deal: the huge tax savings, which will be cemented in UK law later this month. Aon denies that the relocation was all about the development of a more favourable tax regime in the UK, but it also acknowledges that the tax benefits are a big bonus - they have been estimated to be worth, at the very least, $50m a year.

Global tax reduction
The US Securities and Exchange Commission filing that outlines the plan also notes the “increasing future cash flows through a significant reduction in our global effective tax rate”, while stressing a wish to be closer to clients in a popular time zone. That cash can be used to please investors by buying back shares, with a $5bn programme unveiled in April at least partly funded by tax savings that should also help earnings grow by 13% in 2013, according to analyst forecasts.

If things change in the US, then I guess Aon would look at going back to Chicago’

The broker also risks becoming something of a political pawn, as members of the UK’s Coalition government privately hold up the move as a vindication of two tax policies loathed by many on the political left.

First, there is the cut in corporation tax, already down to 24% as of Chancellor George Osborne’s most recent budget, and set to fall to just 22% by 2014. That’s 18 percentage points lower than the USA and makes the UK one of the more competitive territories in which to do business.

Change in the rules

Secondly, the rules that have encouraged many insurers and reinsurers to work from Bermuda - the controlled foreign companies (CFC) framework - are due to be reformed and enter statute before parliament’s summer recess. Essentially, this means that UK-domiciled companies will no longer be forced to pay domestic levies on profits they make in other territories, most notably tax havens.

This has angered many campaign groups, such as Action Aid UK, whose tax policy adviser Martin Hearson says the move will cost the Treasury £840m a year to 2015. He also says that it will encourage companies to siphon off profits from developing countries to havens.

In the USA, where authorities tax foreign territory profits, this is sometimes attacked as a ‘Benedict Arnold’ transaction, referring to the US army general who defected to the British army during the revolutionary war.

However, the move has been welcomed by the City. One senior insurance figure says: “Given the number of companies that moved away from the UK in recent years, it’s good to see a group of the scale of Aon that wants to make London its home. They will have looked carefully at London as an insurance centre with Lloyd’s, but it is inevitable that the group’s tax position has to be considered as part of moving domicile.”

PwC insurance tax leader Colin Graham says: “We now have a tax rate that’s more attractive than the USA’s. Those CFC rules are fundamentally changing and making London more business-friendly, and we’re seeing far more interest from companies looking to domicile in London, or run the European parts of their businesses from here. Five years ago we would never have been having those conversations.”

It would be interesting if one of those conversations was with Aon’s New York-based rival Marsh & McLennan. There is talk that the broker is already looking for office space closer to the Lloyd’s market so that Aon does not steal a march on the group now it is one of the British insurance industry’s own.

One industry insider asks: “What is Marsh going to do now? The Lloyd’s market is obviously still the big global player. This is great for the industry - the only person it’s not great for is president Barack Obama.”

However, this suggests that loyalty can be bought back, with some indications that the USA is willing to relax its more onerous tax regime. “The UK is tax-friendly for businesses like ours,” says a source at a multinational insurance group. “But if things change in the USA then I guess Aon would look at going back to the USA, back to Chicago.”

Relocation package
An Aon spokesman says any move back “is not on our agenda”, and concedes that the relocation “does provide us with a certain amount of financial flexibility”.
He adds: “[Chief executive] Greg Case has already been spending time in London, but he meets 100 clients a month around the world. London is one of the top insurance markets in the world, a place where companies in Latin America and Asia go to place their risk. More and more of our business is outside of the USA, and this puts us closer to emerging markets, where the demand for risk products is increasingly high.”

Case might be on a plane for a chunk of every month, but that has not stopped him getting a relocation package worth about $500,000 a year. This includes a $28,000 monthly housing allowance, though Aon’s says this does not include phone and internet use, deemed ‘personal expenses’.

The move will also help Aon push its Global Risk Insurance Platform, privately criticised by some underwriters who claim that it basically teaches them to do their own job. It could gain UK market share while there is goodwill towards the company after the move.

For now, even rivals like Cooper Gay boss Toby Esser says the move “reflects well on financial markets here”, while consultant Roger Ford enthuses that it is “good news for London and the insurance industry”.

But for Chicago, this reflects badly on its pretensions as a financial centre. The city will hope that any tax changes of its own can entice back one of its favourite corporate sons.