The Association of British Insurers (ABI) has today laid out six loopholes in the salvage chain which it believes need to be addressed to tighten security and, in turn, disrupt vehicle thefts.

Last month, the ABI released figuress showing that insurers were now paying more than £1m per day in motor claims, with vehicle thefts being a driving force behind it. In total, insurers paid out £376 million for car theft, up 27% on the year before.

The report stated that, on average, a vehicle theft claim is made every six minutes.

However, some have stated that gaps in the salvage chain security is creating an ideal market for stolen cars.

West Midlands police have identified an issue with criminals stealing vehicles to use for parts to go in write-offs which are considered safe to return to the roads and have been bought cheaply at auction.

This practice is considered to be carried out by organised criminal gangs, and that the sheer volume of ’non-repairable’ vehicles is aiding them in their behaviours.

There have been calls to crush higher numbers of vehicles simply to inconvenience criminals. However, Dalton is rejecting those calls, highlighting the cost to the environment and waste of materials.

Addressing the British Vehicle Salvage Federation’s AGM, he said that steps should be taken to improve the security of the salvage chain.

He highlighted six loopholes, which he believes needs to be fixed:

He said that one auction firm has already stopped accepting cash payments and ”others in the salvage industry are encouraged to follow suit.”

Dalton also announced that after the latest update to the Salvage Code of Practice two years ago, the ABI is working to update that once again, and some of those changes will come into force later this year.

He said: “Given the changing nature of the vehicle fleet – with electric cars and autonomous vehicles incorporating increasingly sophisticated systems and degrees of automation – waiting a further ten years to review the Code did not seem appropriate.

“That is why, we have been undertaking a further review so that the Code continues to evolve and ensure that damaged vehicles can be repaired safely.

“These changes have been clear to the market for the last two years and, although some will not take effect until 1 October, we are already seeing the positive impact of some of these changes.”

Dalton also announced that the ABI is working to create an appeals process as he admits that “mistakes will happen.”

He said: “Although we have seen a decline in disputes over categorisation, mistakes can, and will, happen.

“So we want to ensure that there is a clear and straightforward mechanism to resolve any disputes if and when they arise.

“We are therefore seeking to develop an appeals process for any categorisation challenges which will require each insurer to have a dedicated contact person with whom salvage agents can engage.”

Dalton finished his speech by saying he believes “the insurance and salvage industries have the same fundamental goals” and that it should work together to realise those goals in the next few years. 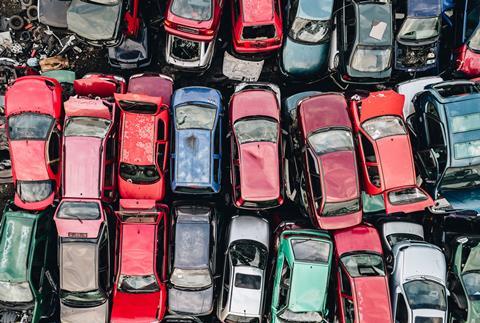