ABI calls for more data on methods of modern construction

The ABI has called for more data on modern methods of construction (MMC) in a bid to underwrite risk more accurately and therefore offer better premiums to customers.

But due to MMC being relatively new there is not enough data on it which makes it tricky to assess risk and know what needs to be replaced in the event of a claim.

James Dalton, director in general insurance policy at the ABI stated that while the insurance industry intends to be an ”enabler” of the development of MMCs to do this well would require more data.

He was among representatives that gathered during the afternoon of Monday 1 April in the House of Commons to give evidence and discuss MMC in front of the Housing, Communities and Local Government Committee (HCLGC).

Separate from the post-Grenfell inquiry, the ABI has called for more rigorous testing on products to ensure fire safety of buildings and its inhabitants.

The ABI proposed that all combustible material be banned from high-rise buildings, “this is especially the case for a high-rise building like Grenfell that it protects the structural integrity of the building,” Dalton said.

To help the industry achieve this it needs to be able to understand the products, processes and standards that underpin MMCs and have access to more information on how different products might respond to various perils.

Overall, he was pleased with the progress of the committee but asked for more insurance industry representation on the matter and more data on MMCs.

It follows the government’s call for written submissions earlier this year on the benefits and risks of MMCs.

Dalton said that the issue was that there was a lack of information around MMCs due to it being new.

“We are still learning which is why we are very keen on the establishment of this database not just for insurers but for everyone including the fire service and consumers, so they have got a central repository of their potential house purchase.

“And if they are already an owner what they’re house is made of and how best to respond to challenges such as repair for example,” he explained.

Smith added that: “The idea of a conventional home is a false one.”

He explained that most homes had some element of MMC nowadays such as a pre-fabricated floor or chimney.

Therefore, both modern and older features should satisfy the same standards for quality and customer expectation.

Grenfell is an example of this, the building used modern cladding which later proved flammable.

Last year in April the ABI is called for urgent reform of how fire tests are conducted as its research revealed serious weaknesses in lab tests used in the wake of the Grenfell fire.

It was revealed earlier this week that Kensington and Chelsea Council, the council which owned Grenfell Tower, received a payout of £24.5m from insurers.

Blagbrough had similar concerns to the ABI regarding the durability, repair and trade skills needed for MMCs.

Dalton added: “The insurance industry have hundreds of years of experience insuring ‘traditional’ properties made from brick and mortar.

“But one of the challenges that the industry is grappling with as well as others in the HCLGC working group on this peril is to better understand the risks posed to buildings composed of MMC material” such as how the product, building or house as an overall structure might respond to wind, fire or storms.

A bit of a gamble

“But at the far end of the spectrum for buildings completely made from MMCs there is a lack of data,” Dalton said.

The problem with this he explained is that insurers are taking a bit of a gamble with underwriting in these areas so premiums could be inaccurate and higher for customers.

“However were there to be centralised data around how different parts of the building might respond, the industry would be able to underwrite more accurately and therefore consumers would enjoy lower premiums as a result,” he added.

He stated that both the methods of installation and the materials used were an issue as they are interlinked.

The ABI has decided to work with its colleagues in Germany to understand their experience of MMC products.

While Smith concluded that “MMC is not a panacea,” Dalton added that ”construction needed to be seen a lot more holistically.” 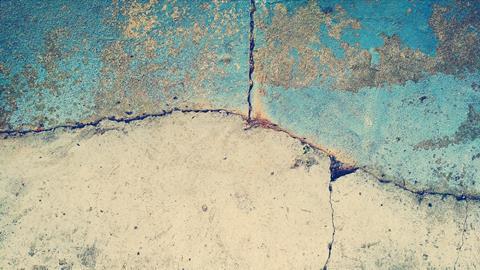