The initiative has been running for two years

More than 400 vehicle insurance policies have been cancelled or voided thanks to an initiative by the North Wales Police.

Operation Confine began in 2018 and involved the force’s Roads Policing Unit working closely with insurers and other policing teams to tackle vehicle insurance application fraud, it said in a statement.

Commenting on the initiative, AXA fraud manager Craig Conlon said: “Criminals use all sorts of vehicles, including some that are insured under trade policies, and they usually drive with little regard for road safety.

”Serious crime thus has a cost that goes beyond financial consequences: it critically affects many lives. Our collaboration with Operation Confine is one method of combating and disrupting serious crime.”

The disruption doesn’t end with a cancellation or voidance, however.

Where appropriate, offenders will be prosecuted, added North Wales Police. To date, 16 convictions have been secured resulting in a number of prison terms for fraud or making a false statement to obtain insurance, as well as driving disqualifications. There are more convictions pending. 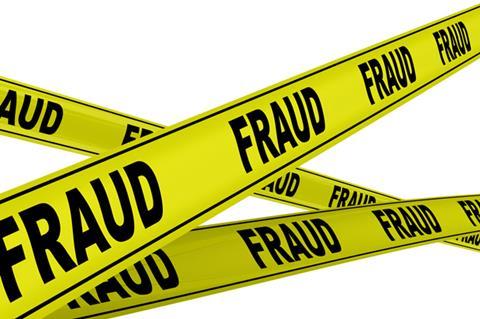 North Wales Police said that Operation Confine wasn’t ”about checking whether an individual has forgotten to mention a minor road traffic offence a number of years ago, it’s very much aimed that those who cause the most harm to our communities and use the road network to facilitate their criminal activities”.

Inspector Dave Cust, North Wales Police, said: “With increased police use of modern technology, criminals are forced to insure cars to try and avoid unwanted attention but will often be dishonest about their unspent criminal or motoring history, knowing they would be unable to obtain cover or have to pay for the increased risk they can present to the wider public.

”When we suspect offences are being committed, we make enquires into whether that particular insurance company has been provided with accurate and truthful information by the policyholder.

“To date, we have caused considerable disruption to criminality through these enquiries.

”Historically, motor trade policies have often been misused to insure fleets of vehicles but these policies have many restrictions that offenders can fall foul of.

”By exposing offences, a cancelled policy restricts their activities and makes it increasingly harder for them to obtain cover elsewhere. If they continue to drive without insurance, that then makes it even easier for us to catch to them.”