Banks has hired private investigators to track down the former Deal or No Deal host as he apparently owes Banks £1.3m

The sum apparently covers the policy fee for the TV presenter’s legal costs when Edmond’s business, Unique Group, took on Lloyd’s Banking Group in a case that involved the fraudulent HBOS loans scam at the bank’s Reading branch.

Edmonds’ insurance policy comes from the Legal Protection Group which is wholly owned by Banks, and a fee for the policy was due when a settlement with the bank was reached.

Meanwhile, Edmonds was reported to have come to a £5m financial agreement with Lloyd’s Banking Group and received an apology from the group for distress.

His business, as well as others, collapsed due to criminals from the Lloyd’s Reading branch squandering the money on holidays and prostitutes – and resulting in the criminals being sentenced back in 2017.

This is according to the Daily Mail, which revealed that Banks used private investigators to track Edmonds down to New Zealand by comparing images in the background of a local TV interview with those from a satellite. Banks plans to serve legal papers.

A source close to Banks, cited by the Daily Mail, said: “The £1m premium became due in July 2019 when Edmonds reached an out-of-court settlement with the bank.

“We wrote to Edmonds in August 2019 pointing out the policy conditions, but he ignored the communications. We have established that Edmonds emigrated in a hurry shortly after the settlement.

“His solicitors have deliberately obstructed and delayed, but now that we have tracked down his hiding place, we are seeking to serve papers on him in New Zealand to recover the money.”

Meanwhile, Edmonds has vowed that this will become “legal fight” and said he is taking action against the representatives that advised him to embark on the litigation funding. 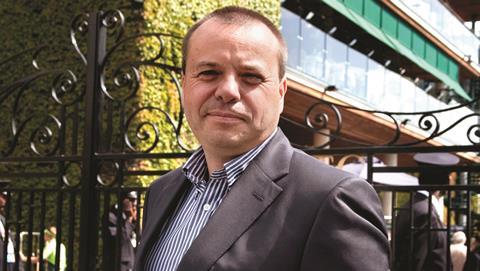