Aviva has invested a seven-figure sum into improving how it deals with smaller independents.

Speaking after announcing the launch of the new Aviva Broker Community, the insurer’s managing director of intermediaries Phil Bayles revealed significant funding had been put into the project and several new people appointed.

The initiative will help around 1,300 of Aviva’s independent brokers that deal less than £1m GWP a year, and began operating on Monday.

“We’ve had to spend a fair chunk of money to make sure we can stand behind the commitments we’re making to the brokers,” Bayles said.

Benefits to the brokers will include same-day quote responses, discounted compliance packages and free access to learning and development tools.

Bayles said the cost was justified as part of its strategy to support independent community broking.

Responding to what Aviva would gain from the investment, he said: “We want the community broker to survive and thrive and we also know that the greater the quality of service we provide these brokers the bigger and better our relationships with them will be.

“We believe there is an opportunity to grow with these brokers and we’ll grow because we’re providing a better quality of service than we have received not only historically from us, but from the majority of other insurers in the market.”

Karen Jackson, director of regional intermediaries with Aviva, said that the insurer’s research had shown that smaller brokers are not receiving adequate levels of support from insurers across the industry.

She said: “One broker told us he finds it very difficult because the industry is focussed on the larger relationships.

“That really hit home with us. If we are being really true to our strategy of helping the independent market then we need to do a lot more for that smaller group.”

Bayles said larger brokers are generally very well looked after by insurers because they offer scale. Resources are pointed towards the larger brokers, leaving little left for the smaller brokers and turning them to MGAs and networks.

He added: “We ourselves have looked at what we provide and while we do well in some areas, we know in others in can be patchy.

“What we want to do is set a new consistent and higher standard in terms of the service and support that we aim at that cohort of brokers.

“With us being the largest insurer with brokers in the UK, we can’t accept our own service levels being patchy. We want them to be consistently high.”

Aston Scott founder Andrew Scott has been brought in to chair the Aviva Community Network.

Scott has helped to shape the proposition for smaller independents, and will represent the voice of what the brokers want.

Jackson added: “He will challenge us as the voice of a broker, rather than an insurer thinking they know what’s best.”

And Bayles described the appointment of Scott as a coup for the insurer.

He said: “Andrew has a huge reputation in the broker community, he’s very well respected having been there, seen that and done it.

“We’re delighted to have him and I’ve got no doubts that his input will power this on to be a success.” 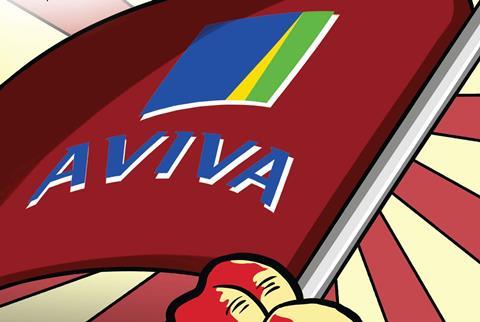