Covéa will focus its UK activities on underwriting after selling Swinton to Ardonagh.

The French mutual insurer stated that through the sale, the UK business model will now more closely align with that of its operations in France and globally.

But Covéa will continue to provide insurance solutions through Swinton as a member of Swinton’s panel of underwriters.

Pierre Michel, managing director of reinsurance and international operations, Covéa Group, said Ardonagh was the right home for Swinton and would support its modernisation journey.

He added: “Over the last few years, Swinton and its Executive Team have transformed and repositioned the business and now is the right time for it to move into new ownership.

“Swinton will become part of a growing and innovative UK insurance brokerage group, and I am confident that being part of the Ardonagh Group will provide Swinton with a great platform from which to deliver significant benefits to all its stakeholders, including its customers and employees.

“Covéa Group remains committed to the UK as an important insurance market through its UK underwriting arm, Covéa Insurance plc.”

Chief executive of Swinton, Gilles Normand, said: “Swinton has achieved a new milestone in its journey.

“Joining forces with Ardonagh will help Swinton achieve its long-term goal of becoming the UK’s leading digital insurance broker and I am pleased to see the business handed over to the new shareholder.” 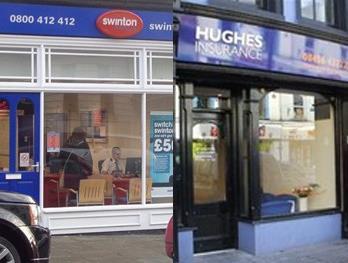