The regulator admitted that the names, telephone numbers and addresses of some people had been mistakenly published

The FCA has admitted accidentally revealing personal information of people who complained about the regulator between 2 January 2018 and 17 July 2019.

In most of the 1,600 cases only the names were released, but it said there are instances ”where additional confidential information was contained within the description of the complaint, for example an address, telephone number, or other information”.

It said the breach was a “mistake”, and its “primary concern is to ensure the protection and safeguarding of individuals who may be identifiable from the data”.

The error came about when a freedom of information request was made regarding the data, and the result was accidentally published on the site in November last year.

The FCA added that those involved would be contacted ”to apologise and to advise them of the extent of the data disclosed and what the next steps might be”.

No financial, payment card or other identity information was released in the breach, it said.

”We have taken immediate action to ensure this cannot happen again. We have referred the matter to the Information Commissioner’s Office,” it added.

The FCA regulates the financial services sector, including the insurance intermediary industry.

The latest embarrassment comes just months after a letter to staff published on the FCA’s internal website was leaked and published in excerpts in the Evening Standard.

The letter detailed the misdemeanours of a minority of colleagues, which included “leaving cutlery and crockery in the kitchen areas, overflowing bins, stealing plants and changing cables from desks, catering and security teams being subject to verbal abuse, colleagues defecating on the floor in toilet cubicles on a particular floor, urinating on the floor in the men’s toilets and leaving alcohol bottles in sanitary bins”. 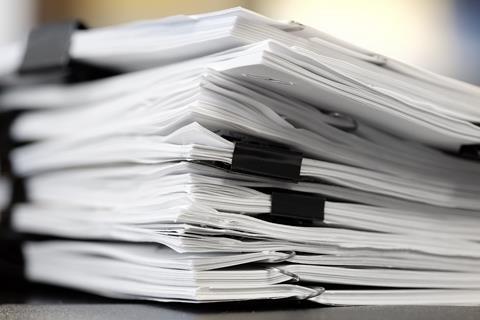