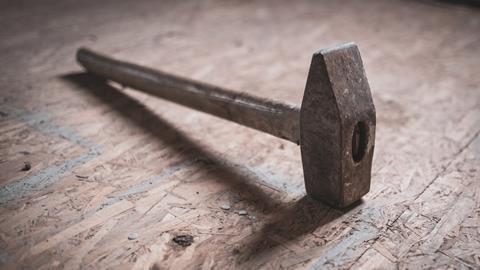 Plus, ‘very consumer oriented’ regulation is being stretched into ‘the realms of international and corporate business’, which may not add customer value, says Aon UK boss

The FCA’s rule changes to eliminate price walking and reform general insurance pricing in the home and motor markets was unnecessary and used “a sledgehammer to crack a nut”, according to James Daley, managing director of consumer focused research and ratings agency Fairer Finance.

Addressing delegates at the ABI’s 2022 annual conference this week (22 February 2022), Daley confessed that he “personally didn’t agree with the pricing reforms”, which came into effect from 1 January 2022, because they used “a sledgehammer to crack a nut”.

He explained: “I didn’t think [the pricing changes were] necessary – it [brought] a sledgehammer to crack a nut.

“So, I don’t think that was the right reform. I think [the pricing reform was] pretty unhelpful.”

The FCA initially announced its intention to scrap price walking in its General Insurance pricing practices market study report, which was published in September 2020.

Despite disagreeing with the pricing changes, Daley did confirm that he is a “big fan” of the FCA’s fair value focus and its proposed Consumer Duty, which aims to enhance consumer protection for retail financial market customers to ensure they achieve good outcomes.

Through this new principle, which was initially announced in May 2021, the regulator plans to “drive a shift in culture and behaviour for firms, meaning that consumers always get products and services that are fit for purpose, that represent fair value and are clearly communicated and understandable”. 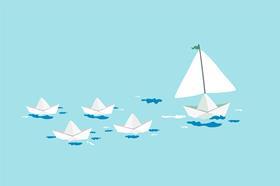 A second industry consultation on Consumer Duty closed on 15 February 2022.

Daley said the “preventative” nature of the Consumer Duty principle should be “a good thing” because it will require firms “to prove all the time that [they are] delivering good outcomes for customers”, rather than just creating “a list of rules and ask you to comply with them and then if we find out you weren’t, we’re going to slap you on the wrist”.

He believes this approach will provide “a way to rebuild trust for customers” following the industry’s reputational knock as a result of Covid cover confusions.

“If people start taking a longer-term view [and] really get to grips with those challenges around [customer] expectations, this could be really positive for the market,” he explained.

Fellow ABI panellist Jason Richards, chief executive of UK and Ireland at Swiss Re, agreed that recent industry regulation was a positive development for consumers thanks to “more fairness” and “more transparency”.

He also thought regulation had helped to raise awareness of “this protection gap topic that we’ve got”. He continued: “There’s so many risks that are just not insured, not understood today.”

However, Julie Page, chief executive of Aon UK, raised concerns around how “very consumer oriented” regulation has “its perimeter” stretched “well into the realms of international and corporate business”.

She believes this “adds cost, but not necessarily value to the end customer”.

On the whole though, Page noted that the industry’s “regulation holds us in good stead on the global stage”.