Flybe set to collapse due to Coronavirus fallout

The airline has been facing ongoing problems for many months, but the Coronavirus outbreak in Europe has seen ticket sales plunge

Flybe, the largest regional airline in Europe, is set to go bust, potentially putting 2,000 jobs at risk as the Coronavirus hits sales in the aviation industry hard.

The company’s ticket sales were down 50% according to ITV News.

The last scheduled flight was scheduled on Wednesday before it formally put the business into administration overnight.

So far, 86 countries have been affected by the Coronavirus and 3,303 people have died from the disease. The Foreign and Commonwealth Office (FCO) has already advised against travel to mainland-China, as well as 11 small towns in Northern Italy.

Flybe’s situation aligns with the ongoing threat of Coronavirus - this is continually impacting airlines as consumers are advised not to travel in a bid to contain the spread of the disease, in line with the newly announced four-part strategy to contain the outbreak.

The Exeter-based domestic airline cancelled all flights from Birmingham Airport.

Despite these Coronavirus-related imapcts, the airline has been facing ongoing problems for many months.

In January, Flybe narrowly missed collapse after the British government was called upon to help prevent yet another airline failure following the demise of Thomas Cook last September.

At the time, the UK government promised to review the taxation of the industry and shareholders pledged more money to prevent Flybe’s collapse. This helped it survive the quieter winter months.

AIG underwrites all Flybe travel insurance policies, it has been contacted for comment.

Rory Boland, travel editor at Which? said: “Coronavirus is hitting the aviation industry hard and this renewed speculation about the future of Flybe will be concerning for customers and for those who regularly use airports where the airline is the main carrier.

“While flights will be going ahead as normal for the time being, this is a stark reminder for passengers to ensure they have protections such as airline failure insurance and to book flights with a credit card so that they can reclaim the cost with their card issuer should an airline go bust.”

A year ago, Flybe was bought by a consortium headed by Virgin Atlantic; this consortium included Stobart Group and the US hedge fund Cyrus Capital. The airline’s owners put in at least £100m, but it was experiencing such heavy losses that the money ran out. The government decided it was not worth the risk.

According to Reuters, Flybe said in a statement that flights between Birmingham and Glasgow had been delayed “following a miscommunication regarding re-fuelling this evening” and that normal operations had resumed.

Meanwhile a representative for Flybe declined to comment on the airline’s longer-term financial situation.

The airline serves many parts of the UK, from the Channel Islands to Aberdeen, but also France, Germany and Italy - all countries which are trying to contain the Coronavirus.

Following on from this, the travel insurance industry has noticed a significant effect on travel plans and an increasing number of concerns raised ny those with upcoming trips according to Specialist travel insurer Tif Group.

Meanwhile Travel Insurance Explained issued the following information regarding Flybe going into administration. It said that Flybe’s collapse differs from Thomas Cook’s as they are not a package holiday provider therefore customers are not automatically entitled to ATOL protection.

It advised those that have booked a Flybe flight directly costing more than £100 and paid via credit card to contact their credit card provider as under section 75 of the Consumer Credit Act 1974 you may be entitled to claim back this cost.

For those that paid via debit card for flights less than £100 the option of chargeback is available via some card provider.

Payments paid via PayPal may also be protected in this circumstance.

In conclusion it added that failing both of the above, policyholders should check their policywordings for “Scheduled Airline Failure Insurance” or “End Supplier Failure Insurance” as some policies will cover for this. But the policy must have been bought prior to Flybe going into administration. 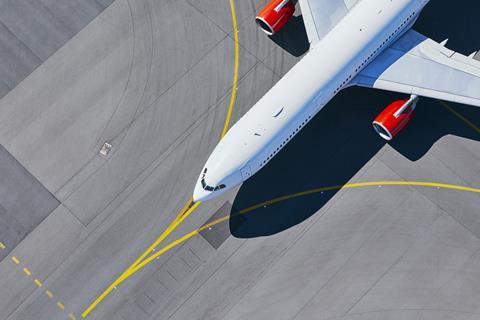