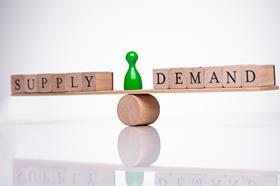 In a mid-year update to its 2022 Cyber Threat Report – compiled by the firm’s Capture Labs threat research team – SonicWall reported that global incidents of encrypted threats had risen by 132% in the first half of 2022.

Internet of Things (IoT) malware also saw an increase of 77% and global malware has grown by 11% – with more than 2.8bn attacks occurring within the first six months of 2022.

Ransomware attacks, however, have decreased in volume globally for the fourth consecutive quarter – with June 2022 showing the lowest monthly volume in two years. In the UK, malware attack volumes fell by 9%.

The drop, according to SonicWall, was influenced by a mixture of government sanctions, supply chain deficiencies, dropping cryptocurrency prices and limited availability of needed infrastructure.

SonicWall president and chief executive Bill Conner said that “with major increases in encrypted threats, IoT malware, cryptojacking and new unknown variants, it’s critical that cybersecurity leaders have all the required tools and technology to proactively detect and remediate against increasingly sophisticated and targeted threats to their business”.

While global ransomware dipped at the start of the year, the story is different in Europe.

Europe saw significant increases in the number of malware attacks (over 29% year on year) and ransomware attempts (63%) – the United Kingdom, Italy, Germany, Netherlands, Norway, Poland and Ukraine were the countries worst hit.

“The cyber warfare battlefront has shifted, as our data indicates a 63% rise in ransomware in Europe and a concerted effort to target financial sector companies, while ransomware volume dropped in other regions,” said Conner.

Read: Brokers have a ‘vital role’ to play in mitigating M&A risks for tech clients – CFC

SonicWall emerging threats expert Immanuel Chavoya added: “Cybercriminals are working harder than ever to be ahead of the cybersecurity industry and – unlike many of the businesses they target – threat actors often have no shortage of skills, motivation, expertise and funding within their organisations.”

SonicWall Capture Labs researchers gather, analyse and vet cross-vector threat information from a network including more than a million security sensors in nearly 215 countries and territories.