Broker trade body the London and International Insurance Brokers Association (LIIBA) has responded to the UK government’s proposals for a future regulatory system for the financial services market, noting that the potential rule changes ”provide many of the right ingredients for a vibrant commercial insurance sector to flourish in global markets”.

The chancellor of the exchequer Rishi Sunak today (9 November 2021) set out proposals for a new financial regulators’ framework post-Brexit, showing his vision for “an agile and dynamic approach to regulation that supports the growth of the UK economy”.

When the UK was a member of the European Union (EU), the ability of the FCA and the Prudential Regulation Authority (PRA), which is part of the Bank of England, to determine the most appropriate regulation for UK markets was constrained by strict requirements to apply EU rules.

However, Sunak’s new proposals would mean repealing the majority of retained EU financial services law deemed to no longer be appropriate for the UK following its exit from the EU.

This would give UK regulators the power to replace EU-centric laws with its own rules, tailored for UK financial services markets.

There will be a consultation period for the future regulatory framework that will close on 9 February 2022, after which the government will consider the responses. 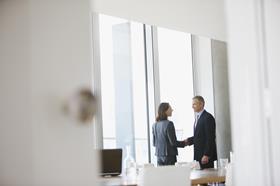 Read more…Briefing: Brokers are desperate for a more public FCA - will it oblige?

Christopher Croft, LIIBA’s chief executive, said: “These proposals provide many of the right ingredients for a vibrant commercial insurance sector to flourish in global markets, but the proof will be in the pudding that government and regulators bake from these.

“As most of our members’ business is international, we particularly welcome the proposal for a specific ‘growth and competitiveness’ mandate for the regulators. And it is especially welcome that this is to be an objective with teeth in that [the] FCA will be asked to report on its adherence to it annually.”

Step in the right direction

The plans include new statutory objectives for the PRA and the FCA, requiring them to consider the implications for growth and international competitiveness arising from their regulations. This will operate alongside their existing objectives of maintaining market integrity, consumer protection and a sound financial system.

Meanwhile, parliament and HM Treasury will receive strengthened scrutiny and oversight abilities over the FCA and PRA, in line with the increased rulemaking powers awarded to the regulators.

This comprehensive review of financial service regulation forms part of the government’s wider agenda to review the UK’s laws and ensure that these are tailored to support the best interests of UK businesses and citizens, as set out in the Taskforce on Innovation, Growth and Regulatory Reform’s report, published in June 2021.

Sunak said: “Today’s proposals will support the future strength of the UK as a global financial centre, ensuring an agile and dynamic approach to regulation that supports the growth of the UK economy, without diverging from our continued commitment to high international standards.”

Croft continued: “The Treasury’s approach is a step in the right direction. We commend [it] for seeking to design a regime that will maintain the UK’s global competitiveness and export revenues.

“Exports by Lloyd’s brokers in London’s specialty insurance market generate a contribution of around £37bn to UK gross domestic product (GDP), one quarter of the contribution made by the City of London as a whole. We face significant and growing competition from the other centres and from emerging markets.

“The current regulatory framework has evolved into a disproportionate regime that has added unnecessary burden and cost to the commercial insurance sector, particularly for those serving large, complex and international clients.”

Caroline Wagstaff, London Market Group’s chief executive, added: “The speciality commercial insurance industry, along with many other sectors of the financial markets, has highlighted the need for a competitiveness remit for the PRA and FCA for some time. It will maintain robust regulatory protections while enhancing our global offer.

“We are pleased that the government has listened to the London Market Group and our members’ long running campaign that this is best achieved through a statutory objective for the regulator - this will send a positive message to the world that the UK is open for business and welcomes new investment and trading opportunities.

”We will continue to work with the government and across the commercial insurance sector in this next phase of the consultation to help develop these proposals further.”

Speaking on the consultation, Miles Celic, TheCityUK’s chief executive, said: “This positive vision set out by the chancellor will enable regulators to continue to promote high standards while also enabling the UK to remain internationally competitive, innovative and meet the needs of households and businesses.

”The UK must strive to bring greater agility and dynamism to how we approach regulation, to ensure we remain nimble, innovative and competitive over the long term.

“These proposals mirror much of what the industry has been calling for, including increased powers for parliament in reviewing regulation. However, [we] urge the chancellor to take this even further, committing to a regular independent review of the UK’s financial regulatory regime to ensure that the rules are proportionate, coherent and achieve their stated goals in the most efficient way possible.”

Celic highlighted that the UK’s financial and related professional services industry is a national asset - he said the sector is Britain’s biggest net exporter, its largest taxpayer and an employer of 2.3 million people.

Biba’s executive director Graeme Trudgill also welcomed the announcement from Sunak - he noted that the growth and competitiveness objective has featured in many Biba manifestos too.

He said: “Biba very much welcomes the HM Treasury’s new consultation, Financial Services Future Regulatory Framework Review: Proposals for Reform, which has a proposal from government to introduce a new growth and international competitiveness objective. This has been a core part of the last four Biba manifestos, so we are delighted to see such a positive direction of travel.

”We also support [the] government’s proposal that the FCA report on [its] performance against [the] growth and competitiveness objective on an annual basis.”