New figures from the Office for National Statistics (ONS) revealed that the UK’s economy shrunk by 10.4% in the three months to the end of April.

In April alone, GDP fell by 20.4% compared to March, making it the worst month on record.

Commenting on the figures, Jonathan Athow, deputy national statistician for economic statistics at the ONS, said: “April’s fall in GDP is the biggest the UK has ever seen, more than three times larger than last month and almost ten times larger than the steepest pre-covid-19 fall. In April the economy was around 25% smaller than in February.”

Meanwhile, the insurance and financial services sector fared better, but the sector still contracted by 1.5% for the three months to the end of April. This made it the third best performing sector in the UK economy behind real estate (-0.4%) and public administration and defence (+0.2%). 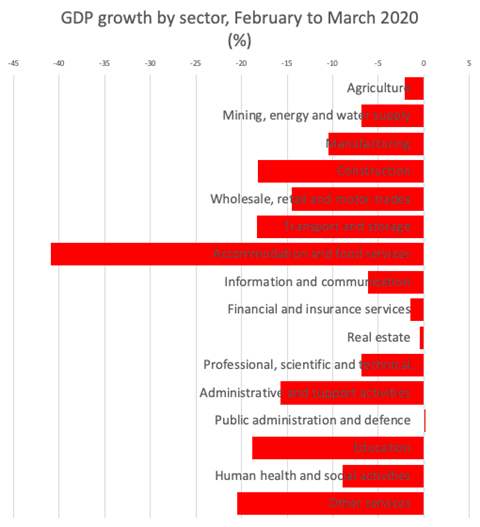