Both SEIS and EIS relief can be a lifeline for insurtechs

The insurtech’s application was previously rejected as HMRC deemed its business model ineligible - this thinking had the potential to cause serious damage to the growth of early stage insurtech startups.

EIS is a tax relief scheme to encourage investment into early stage startups and businesses by offering significant income tax and Capital Gains Tax (CGT) relief to investors when they make an investment and buy new shares in an eligible EIS business. 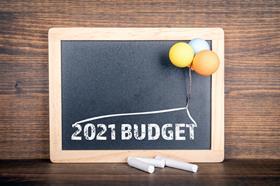 Through the Seed Enterprise Investment Scheme (SEIS), on the other hand, investors can receive initial tax relief of 50% on investments up to £100,000 and CGT exemption from any gains on shares.

In March 2021, HMRC updated its public guidance to state that MGAs - which includes insurtech - can qualify for SEIS and EIS relief.

John Warburton, Insurtech UK’s chair of government and external affairs working group, told Insurance Times: “Resolving the SEIS/EIS issue was one of the primary campaigning objectives of Insurtech UK when we formed in 2018.

”It was exactly the sort of issue that required the sector to organise itself and speak with a collective voice in order to achieve a positive outcome.

“We are delighted, therefore, that our work has resulted in a change in guidance from government, but more importantly, a real life case study where an insurtech has immediately benefited from it.

“We are pleased to secure our first major lobbying win as an association and we will continue to campaign on behalf of our members to ensure that the UK becomes the global leader for insurance innovation.”

Insurtech UK worked collaboratively with HMRC for over a year to update the EIS and SEIS guidance, with Peppercorn used as a “case in point”.

Speaking about what HMRC’s change in guidance now means for Peppercorn, Nigel Lombard, chief executive and founder of Peppercorn, said: “As well as the process taking a large amount of effort and time, the absence of advance assurance meant the traditional early stage routes of sourcing investment from angels and EIS funds was effectively blocked. The good news is it won’t be any more for new MGA startups.

“We applied to HMRC for SEIS and EIS advance assurance in July 2020 with support from [accountancy] PKF Littlejohn. We understood the rules for qualifying businesses – that insurers do not qualify - and were clear we qualified in line with HMRC’s definitions.”

Peppercorn then answered three or four rounds of questions from HMRC confirming that it wouldn’t be the risk carrier, the underwriter nor a legal entity effectively owned by an insurer, but an MGA with delegated authority which would be regulated by the FCA, rather than the PRA.

He continued: “In October 2020, HMRC advised they couldn’t provide advance assurance because insurance activities were excluded from the list of qualifying trades.

“We then learned Insurtech UK [was] working with HMRC in this very area. Then, with our blessing, Insurtech UK used Peppercorn as a case in point to help HMRC understand the challenge this represented to MGA startups. This led to HMRC updating [its] guidance in March 2021.”

Peppercorn then reapproached HMRC in April 2021.

Warburton continued: “There had been several case studies of insurtech MGAs who had been rejected from SEIS/EIS eligibility because of an incorrect assumption by HMRC that because it was working within the insurance sector, it was an insurer that carried on insurance activity.

“Insurance is an excluded activity from SEIS/EIS as per the legislation, but this only relates to insurers who bear financial risk on behalf of customers – something that an MGA does not do as an intermediary.

“Insurtech UK worked with our partners, including PKF Littlejohn and Smith and Williamson, to provide written guidance for HMRC inspectors about the nature of the MGA business model and we sought to update the public guidance on the issue to provide clarity that MGAs as a business model are eligible for SEIS/EIS relief.

“The change in the public guidance, the assurance that HMRC inspectors have been notified of the changes and the positive outcome of the Peppercorn application shows that our efforts have been successful.”