Film company Paramount Pictures is suing its insurance company over failing to cover the costs of a series of Covid-related production delays for the latest Mission Impossible film, starring actor Tom Cruise.

As reported in The Guardian, the studio - which is behind the production of upcoming film Mission: Impossible 7, featuring Cruise as a secret agent - has been stopped seven times since filming initially began in February 2020 in Venice, due to the Covid-19 pandemic beginning in Europe. 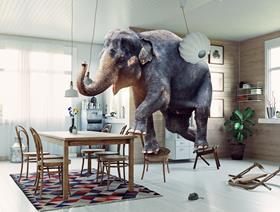 Filming was halted later that same month and could not restart as planned in Rome during March 2020 as a result of the nationwide lockdown that was introduced by the Italian government to control the spread of coronavirus.

The film’s production has been halted four times in Italy and a further three times since filming was moved to the UK, between February 2020 and June 2021.

Some of these production delays and stoppages were due to lockdown restrictions, while others - including the most recent in June 2021 in the UK - were due to a cast member testing positive for Covid-19.

Paramount Pictures filed its lawsuit in the US federal court in California - this alleged that the company’s insurer failed to pay out for all but one of the stoppages.

Lawyers representing Paramount said the studio was covered for losses in excess of $100m (£72.6m) resulting from Covid-linked delays and stoppages.

Yet the film company has accused its insurer, US-based Federal Insurance Company, of breach of contract because it has allegedly only agreed to pay out £3.6m for the first production delay, rather than cover all of the stoppages.

The impact of production delays on Mission Impossible 7 was originally revealed in December 2020 after an audio file was release of Cruise ranting at colleagues on the film’s set following alleged breaches of social distancing.

On the recording, the actor can be heard telling crew members that any further breaches would result in that person being “fired” and that other film industry workers would lose their jobs due to shutdowns.

Insurance Times has contacted Chubb, the parent company of Federal, for comment.