Although the “significant volatility” predicted to hit the home and motor insurance markets following the FCA’s pricing reform coming fully into effect from 1 January 2022 “has yet to materialise”, this “stability is likely to be short-lived”, according to Bethan Faultless, head of UK personal lines pricing at broking and advisory firm Willis Towers Watson (WTW).

Faultless noted that over the first few days of January, motor prices have “remained relatively stable”.

She said: “The significant volatility widely anticipated for average premium changes in the immediate days following the introduction of the FCA new pricing rules for home and motor insurance on 1 January has yet to materialise. 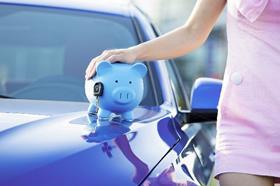 “Motor prices have so far remained relatively stable throughout the first few days of January.

“This stability is likely to be short-lived, however, making way for increased volatility in premiums once insurers have returned from the Christmas break.

“How insurers react or over-react to the new rules through price changes and product differentiation will be decisive in determining just how bumpy the upcoming weeks and months become.”

Faultless estimated that most of the “turbulence” arising from insurers’ reaction to the new pricing rules “will manifest over the next three months”.

However, she added that “ongoing uncertainty is expected to endure throughout 2022 before settling towards the end of the year”.

Faultless continued: “The Covid-19 pandemic will continue to put insurers under considerable pricing pressure as wholesale society changes evolve and disrupt the market, compounded by inflationary pressures already being observed on claim amounts.”