Swinton will be “unrecognisable” after one year with Ardonagh – David Ross

The strength of the Swinton brand was a key driver of the acquisition, according to Ardonagh chief executive David Ross

Ardonagh will transform Swinton within it’s first year as part of Ardonagh – making it “unrecognisable” from how it looks today.

This was according to Ardonagh Group chief executive David Ross, who confirmed a plan was in place to turn around the fortunes of Swinton and fill in the “missing piece” of Ardonagh’s personal lines offering.

This plan will involve current Ardonagh deputy chief executive officer Janice Deakin taking on an extended role heading up the group’s personal lines offering and pulling all the teams together from businesses across Ardonagh.

“This is basically the biggest thing we are going to be doing for the next 12 months,” Ross said.

“But actually when you get into due diligence you start to realise where the trajectory of the company is going.

“The timing of this deal is exceptional for us. We’re really delighted about it, and the Swinton that will emerge from this in the Ardonagh stable will be a powerful, shiny Swinton that the UK consumer can be very proud of.”

Ross and Deakin were speaking after confirming a £165m deal had been agreed with Covea for the acquisition of Swinton.

They revealed the deal had been one year in making, and had been heavily debated among the Ardonagh management.

But Deakin said they proceeded due to the strength of the Swinton name, and would be retaining the brand after completing the acquisition.

“One of the biggest appeals of the whole transaction is that it’s a market leading consumer brand in personal lines,” said Deakin.

“We see a big personal lines presence, where we’re maximising the most of all the brands we’ve got, whether that be Autonet, Carole Nash, some of the old Towergate businesses and Swinton.

“The best thing for us is if we leverage those businesses online and offline to get the widest spread across our customer base.”

Work on bringing together the current Ardonagh businesses looks set to take up the majority of the group’s focus for next year, but Ross did not rule out making further acquisitions next year in the MGA space.

Ross and Deakin refused to be drawn on the future of the current Swinton management and whether there would be shop closures until the deal had been fully completed. 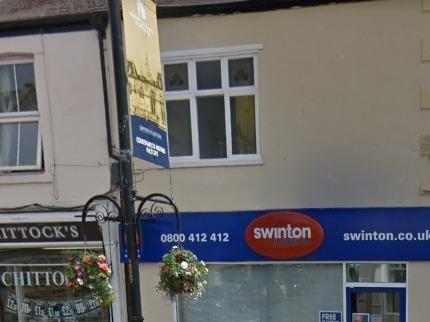