OFT probe sparks call for ban on all referral fees 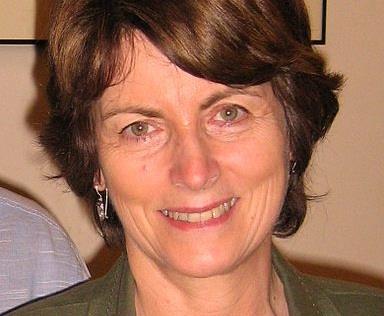 Transport Select Committee (TSC) chair Louise Ellman said that all referral fees raised costs for consumers. The TSC has previously called for a ban on all referral fees, not just those for personal injury claims.

Ellman said she wanted the OFT to refer the issue to the Competition Commission, but added: “This investigation will only tackle part of the problem created by the way in which many insurers, claims management firms, solicitors and others exploit every opportunity to generate revenues through referral fees and personal injury claims that inflate the premiums all motorists have to pay.”

A TSC spokesman said that the committee could decide to investigate credit hire and vehicle repairer referrals when it draws up its agenda later in the year.

Street said: “We believe the focus on referral fees also reflects a political will to try and cut insurance costs for motorists as they are faced with fuel prices that have risen nearly 50% over the last three years.

‘Referral fees warp the cost of any claim. We should rid the sector of all referral fees for once and for all’

“While the additional cost to car insurance premiums is much smaller than that associated with personal injury claims, for which insurers also receive referral fees, the trend is the same: once one insurer starts making referrals it pushes up costs for rivals, creating an incentive for other insurers to go down the same route, even though it pushes up costs and reduces consumer trust in the sector as a whole.”

“Referral fees warp the cost of any claim,” he said. “We should rid the sector of all referral fees for once and for all.”

The report said that insurers earning referral fees might choose to reduce their own motor premiums, but that this was not certain. Chasing referral fees could raise motor costs overall, leading to “the detriment of consumers”, the report found.

The OFT said that the market would work better if insurers stopped trying to gain a competitive edge by raising rival insurers’ costs and increasing their own revenues after motor accidents.

OFT chief executive John Fingleton said: “Competition in this market does not appear to work well for drivers. We believe the focus that insurers have on gaining the competitive edge through raising their rivals’ costs means that drivers pay more than they need to for their motor insurance policies.

“Because insurers are distracted from competing primarily on the quality and value of service provided to insured drivers, incentives for greater efficiency may be reduced.

“There does not appear to be an appropriate, quick fix to these problems. We have provisionally decided that a more in-depth investigation by the Competition Commission, which has a range of additional tools at its disposal, may be necessary.”

The OFT is consulting on whether to pass the issue on to the Competition Commission.

What does the OFT think about a ban on credit hire and vehicle repairer referral fees?

The watchdog investigated what would happen if it suggested a stand-alone ban. It thinks a ban could lower insurance costs to policyholders if it stops insurers and brokers from passing on work to firms that pay the highest fees. But the OFT thinks that this might not solve the problem if insurers still refer crashed cars to expensive repairers just to drive up costs for their rivals. Another problem with a ban is that credit hire firms could spend their referral fees budget on advertising instead, so drivers go directly to them. The OFT also thinks a ban would be easy to avoid because market players would find loopholes in the wording of a ban.

What about a cap on referral fees?

The OFT thinks a cap is unlikely to work as a stand-alone answer because insurers would still have the incentive to drive up costs for their rivals.

So what happens next?

The OFT has deferred judgment on a ban or cap, saying it needs to carry out a more detailed investigation. But if the OFT hands the issue over to the Competition Commission then it could choose to propose a ban. The OFT has also suggested a tariff model, where each insurer deals with its own policyholder, and credit hire/repairer costs are recovered according to a tariff.

● Referral fees paid by credit hire firms and vehicle repairers are not as damaging as those paid for personal injury claims, and insurers receiving these fees
may use them to lower premiums. But these fees still hit consumers by helping fuel a system that inflates motor costs overall.

● The insurance industry has tried to reduce the problem itself through informal agreements to standardise the payouts to not-at-fault drivers, but needs to try harder. The ABI should provide leadership on this.