Oxford IT Pack 2009: Up to the challenge 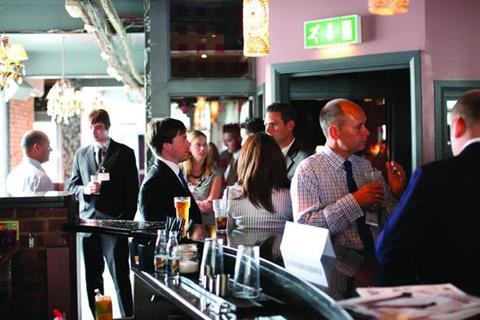 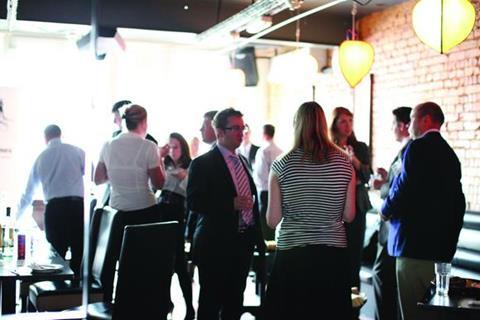 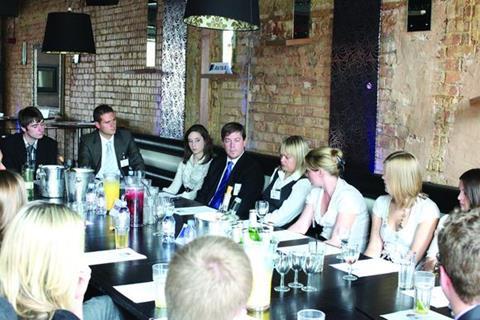 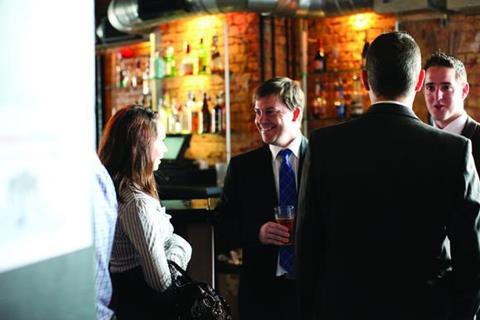 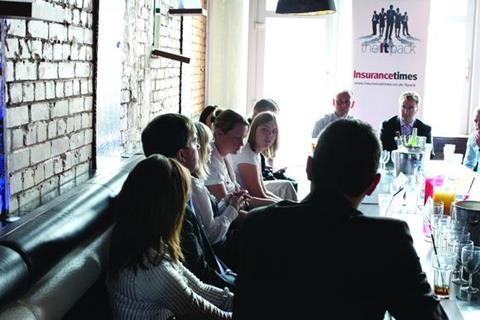 Our IT Pack event in Oxford saw a fresh batch of new brokers meeting up to discuss the latest industry developments with their peers and senior executives. This time around, attention turned to market pressures and difficult clients

Last month’s IT Pack was held at the Escape nightclub in Oxford and played host to a group of diverse but equally enthusiastic brokers. They represented a variety of business models in the sector, from major consolidators, such as Towergate, to independent retail brokers and small businesses.

While many were relatively new to the industry, they were all determined to make their mark. Showing the spirit of entrepreneurism was still flourishing despite the recession, 22-year-old Matthew Stringer from Bloomhill Insurance Solutions took the brave step of setting up his own brokerage firm a year ago. His gamble paid off, and he is now planning to open another office in West Sussex in the next six months.

“I have had various roles in underwriting sales and management. I decided to become a broker so I could move forward. It was a role that I always wanted to get into and I was lucky to do so,” he explained. “In five years time, I would like to have a sizeable business with several offices.”

Many admitted, however, that they conformed to the old industry stereotype of falling into insurance. Hagerty International Ltd’s operation manager Darren Saunders joked he was “dragged kicking and screaming” into insurance. “My view has completely changed. I love it now,” he quickly added.

Aviva head of trading Jodi Grattidge said this trend has continued because having a career in insurance is still wrongly perceived as being slightly dull. “It is a bit of a conversation stopper at parties,” she laughed. Nick Cachia from Acorn to Oak Financial Services agreed. “Insurance is seen as a bit of a necessary evil,” he said. Cachia also took a winding path into insurance after initially joining the banking sector. He left just in time to escape the fall-out from the financial crisis. “I got disillusioned and got out at the right time,” he said.

However, while the majority admitted to having entered insurance in haphazard way, all were now determined to forge a long-term career in the industry. Leisureinsure’s Abby Flatman, who joined the business in September, said she relished the constant change and different challenges. “I don’t know what I would do if I wasn’t in insurance. Having a job where I do the same thing every day doesn’t really do it for me,” she said. Craig LIoyd from Towergate added: “Every day is different. I don’t get up every morning thinking ‘Oh no, I have to go into work now’.”

Despite the overall enthusiasm, many conceded the climate remained difficult as rates begin to curve upwards. “Due to the global economic climate, insurers cannot make sufficient money from investments, so pressure is on to make the actual insurance business profitable. This will lead to premium increases and more costs, and these will need to be passed onto the consumer,” Saunders said.

RK Harrison’s Rob Clothier, who looks after high net worth clients, added: “The clients don’t realise the market is hardening. They expect premiums to go down. They are asking us to rebroke a lot, which we have been doing, but obviously it has been difficult.”

Stringer then sparked a debate on the future of personal lines in the broking arena by saying he no longer believed they could remain a commercially viable product. “The constant media marketing of direct insurers and comparison websites is in my mind a growing task for insurers,” he said. “I think that personal lines will slowly retreat to comparison websites. It is so cut-throat. But I think commercial will always retain its broking element, as a lot of commercial lines can be quite complex.”

But Saunders remained confident that personal lines would continue to be a profitable product for brokers. He said: “The market and major insurers appear to be moving away from the aggregator approach, and insurers are focusing on niche markets and high street-style brokers to help increase revenue by walking away from the price war that the aggregators have fuelled. Some customers are losing faith in the aggregator-style products after having incorrect cover or hearing horror stories, and are looking to place their business with a person or company that is tactile and breeds confidence in insurance cover.”

Moreover, Cachia believed that clients quickly see the advantages of doing business with a broker after experiencing difficulties with a no-frills policy they have found online. “They come back with their tail in between their legs because they’ve found they were not getting any kind of services at all,” he said. “They never read the small print of their policy and then realise they don’t have half the stuff they had with their previous company.”

When it came to dealing with insurers, all agreed that good service levels and support was a key factor in helping brokers cultivate good relationships with clients. Towergate’s Louisa Payne said a quick response time was vital. “It is important to get a quote back in time. If you have an insurer who comes back to you three or four days later with a quote, it is too late.”

Cachia, however, was frustrated by the lack of flexibility on the part of some insurers when it came to backing new opportunities in the market. “A lot of insurers wanted to see £250,000 worth of gross written premium before they were prepared to offer us a delegated scheme,” he said.

The group also tackled the thorny issue of discrimination. RK Harrison’s Louisa Wall said that, since moving into the high net worth arena, she had struggled to get older, well-heeled clients to take her seriously. “They are set in their ways. As soon as they see me, they will say, ‘Oh, I want to speak to him (a male colleague) instead’.” Meanwhile, Payne shocked the others when she said she had experienced prejudice from a female client who didn’t want to deal with a woman.

Age discrimination was also a problem for some young brokers. “It has been an absolute nightmare. I see a corporate client and, regardless of the policy, they still look at me as a 22-year-old. It is an issue of credibility,” Stringer said. He added that credibility was a key factor in his investment in becoming CII accredited. “I didn’t go to college. I very much saw insurance as my career and wanted some form of recognition.”

Indeed, most of the group were planning to become CII qualified. The consensus was that it was foolish not to sit exams when so many companies were now paying for them and financially rewarding those employees who pass. “It is quite a commitment – to register, take the exams and get the material – so if you are encouraged, it does have a greater take-up,” said Aviva’s trading manager for Oxford and Reading, Richard Osborne.

Leisureinsure’s Tanoa Winder-Rawlinson said his company was very proactive in supporting employees in becoming qualified. “We do promote CII exams and we pay for it,” he said.

He considered it a worthwhile investment. “If you have gained the experience, you will be able to demonstrate that. It is definitely a good thing to do.”

After the event, the brokers praised the networking opportunities and the chance to hear different perspectives on the issues facing brokers. “It was encouraging to see so many young, enthusiastic people who looking to develop themselves in the insurance industry,” Osborne said. “Those attending came from a variety of companies: from large national brokers, scheme brokers, networks and independent brokers. That highlights there is a thriving market for all types of intermediary.”

Adding to the positive feedback, Stringer commented: “I found it a great way of relating to and discussing relevant topics and concerns with young brokers and industry leaders.” IT

How I made it: Jodi Grattidge

Jodi Grattidge is one of Aviva’s heads of trading. Originally from Manchester, she spent 10 years working in the Norwich head office before moving to London last year.

She joined Aviva as a graduate after completing a business degree, a marketing diploma from the Chartered Institute of Marketing, and an MBA. She initially worked in marketing and then worked across all of Aviva’s distribution channels. She now works in the broker channel. “I like the people and the relationship side,” she says.

Grattidge got her big break when she was promoted to head of trading. “My current boss, George Berrie, gave me my last promotion and he took a bit of a chance with me. I didn’t have much experience in the role he gave me, but he believed in me having a different perspective on how things had always been done; and I thank him for giving me that break,” she says.

Explaining the qualities that have helped her succeed, Grattidge says: “You have to work hard. If something is worth doing, I want to do it to the best of my ability, and that goes for anything in life. You have to spend the majority of your week at work, so you have to enjoy what you are doing.”

She adds that, in addition to hard work, confidence is key.” You have to be confident in your own opinions and ideas, and put them forward in a balanced way. I don’t wait for things to happen. If I see something I’m interested in, I go and ask to do it. That has opened doors.”

Grattidge also offers the IT Pack participants some sound tips for future success. She says: “Don’t worry if you think the people around you have more experience. Everyone has their own insecurities and will be worrying about something else. And it may sound corny but I do believe that the more you put into life and work, the more you get out of it.”