Output in UK construction in Q2 2012 fell at its fastest rate since late 2010. But bigger projects with government subsidies are still a decent source of business 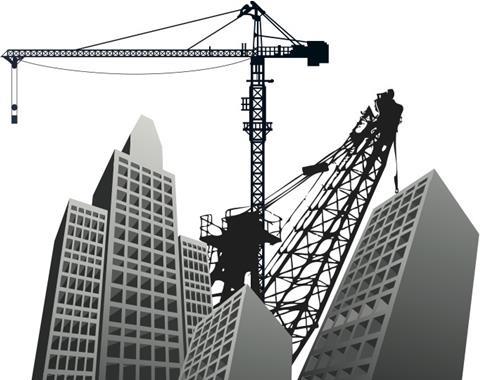 The UK’s construction output varies considerably according to region and type of project. The industry is going through a tough patch, with infrastructure and housing being key areas of stagnation.

Royal Institution of Chartered Surveyors (RICS) chief economist Simon Rubinsohn says: “What we’re seeing is that output is flat overall, and the underlying tone is still pretty weak really. Since 2010 we’ve seen marginal changes up and down, but no really distinct picture.”

The government’s austerity measures have contributed to the declining output, as funding for civil engineering projects has been cut. Rubinsohn adds: “We’re seeing spending reined in and inevitably that affects infrastructure and construction-related projects. The capital spending budget has really taken quite a caning, which was going to happen anyway, but it has definitely been compounded by policies, so the public sector has been really squeezed.”

Heavier infrastructure work is still progressing however, with large rail, power and transport developments planned, and the largest wind farm in the world nearing completion in the Thames estuary. Aon Renewable energy leader Tom Sexton says: “This area of the market has remained quite steady for some time, though it can be very regional and largely follows where the subsidies are. We’re really waiting for the commercial debt market to become more active, however, I’m pretty confident that there’s still enough activity out there in the UK and beyond to keep the insurance sector very busy for the foreseeable future.”

Markit chief economist Chris Williamson says: “The key to the weak growth in civil engineering has been the cutbacks in public sector spending on infrastructure projects. Obviously there’s a big movement to try to get the government spending more on infrastructure projects to give the economy a boost, but there’s nothing evident in the numbers to suggest that’s happening yet.”

Despite the government’s announcement of funding-for-lending and loan guarantee schemes, which will boost commercial activity, the landscape remains a broadly negative one for infrastructure.

Williamson adds: “In terms of civil engineering, the principle driver is government spending on infrastructure projects, and that’s like turning an oil tanker around - very slow.”

Despite this, the outlook has improved slightly in terms of sentiment for the 12 months ahead, though Williamson says that this is perhaps only because output has hit rock bottom. “While the economic data have deteriorated, it almost means that confidence about the future improves, somewhat paradoxically, because the worse it gets now, the more the government will have to do to stimulate growth in the future.”

The brokers behind the UK’s infrastructure

A glimmer of hope for the construction industry has been the government’s announcement of measures designed to stimulate billions of pounds worth of infrastructure spending, to boost the ailing construction sector and connected industries.

The loan guarantee scheme will secure debts taken on for ‘nationally significant’ projects, while the temporary lending programme allows developers to borrow money directly from government departments for partly funded projects such as hospitals and schools.

Here we look at some of the UK’s biggest infrastructure projects currently under consideration, or already under way.

Timeframe: Awaiting final decision
Developer: Ramboll
Broker: Gallagher Heath
Cost: £600m
In April more than 200 businesses registered their interest in working as suppliers for the project. The bridge has been named by KPMG as one of the world’s top 100 infrastructure projects.

Timeframe: Decision in 2013
Developer: Innovia
Broker: Marsh
Cost: £47m
Around 5,000 construction workers would move into the area if the government approves the plans by EDF Energy.

Timeframe: Due to start in 2018
Developer: HS2 Ltd; Department for Transport
Broker: Not appointed
Cost: £30bn
The planned track will be fully integrated with European rail networks, and is designed to accommodate trains travelling up to 400kph.

Timeframe: Proposal
Developer: Foster + Partners architects
Broker: Not appointed
Cost: £50bn
The project would be similar to the New Doha International airport, which is being built on a reclaimed island outside the city.