Niche markets are one area where fraud has failed to flourish 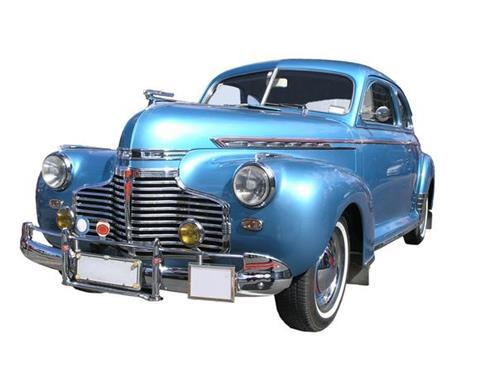 Online sales and the arrival of comparison websites in the early 2000s has changed the way motor business is written. It’s in the niches that personal relationships and tailored underwriting still count, and where - unlike the core motor market - fraud has failed to flourish.

As a result, Groupama, for one, decided in 2009 to invest in niche business such as classic cars, modified vehicles, motorbikes, 4x4s, vans and motor homes.

Personal lines director Kevin Kiernan says: “We have been switching from standard to niche - 50% of our book in 2011 was ‘non-standard’ motor. In the niche car business it’s genuine enthusiasts, often through brokers who are linked to car clubs; it doesn’t lend itself to an aggregated solution.”

The “genuine enthusiast” profile also means that the insured is less likely to take risks, or in the case of some classic car owners even to drive at all.

Katrina Clowes of 2gether insurance, a niche motor broker, says: “We’ve seen good growth in the 4x4 market and in imported cars. We can look at competitive premiums because most of the niche products we write are for people who are really passionate about their hobby … they keep their vehicles in a garage, keep them relatively well maintained and they’re not on the roads as much.”

January
Pay and display cover quashed
A private member’s bill to have insurance discs in car windscreens made a legal requirement met with resistance as the AA suggested it would add £35 to every policy sold.

November
Police empowered
The government cracked down hard on uninsured drivers, with police forces given automatic number plate recognition cameras to spot and ultimately seize and destroy cars being driven without insurance.

February
Phone fines rise
Harsher fines were introduced for drivers caught using their phones at the wheel. The fixed penalty went up to £60 with three endorsement points on drivers’ licences.

August
4x4 scams multiply
Soaring fuel prices provoked an increase in the number of staged thefts of gas-guzzling 4x4 vehicles as owners found it difficult to either run or sell them.

March
Age rating allowed
The government announced that insurance companies could continue to use age as a criterion for setting premiums.

What’s next?
Goodbye gender pricing
The EU gender ruling comes into force at the end of 2012, likely to raise premiums for women as insurers are prohibited from using gender as a specific rating factor in the calculation of insurance costs.

Telematics future
As privacy concerns wane, and costs recede, research by Celent indicates that telematics-based insurance will become less focused on high-level risks and burst onto the insurance mainstream.

What’s next?
CMC crackdown
Justice secretary Ken Clarke is pushing for whiplash claimants to have their medical evidence put before independent panels of doctors as the government prepares a crackdown on ‘no-win, no-fee’ ambulance-chasing claims management companies.